The Technomancer Arrives June 21st For Xbox One, PS4, PC

Spiders Studio released a new trailer for Technomancer, their upcoming sci-fi action-RPG. The trailer covers the game’s story, some of the locations that players will visit, as well as the game’s final release date for home consoles and PC, which is set for June 21st.

The trailer rolls through the details of how the civilizations on the planet Mars ended up the way they did, offering gamers a stroll through the various layers of Mars’ culture, criminals and corruption. The video finally levels out on one of the Technomancers, the lead protagonist of the game called Zachariah. It’s pretty cool because you’ll get to customize your character, Mass Effect style. You can check out the gameplay trailer below.

They quickly cypher through the game’s three different Technomancer styles, some of the crazy enemies players will encounter, from humans and mutants to deformed animals and massive animals.

The combat in the game is very impressive to be made by an indie title. The three different fighting styles are extremely distinct in how they play out, with the sword and gun combo giving players a kind of Riddick-esque combination of utilizing whatever they can to get a kill. The staff fighting is reminiscent of the staff-sabers in Jedi Academy, and the mace and shield combo is classic tank gear for all you sword and board lovers out there. 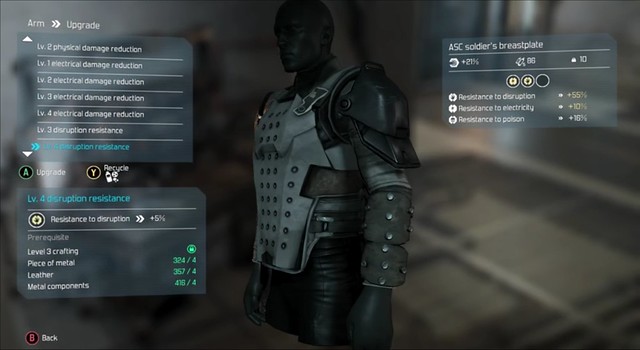 Additionally, the trailer also covers the various equipment that players can loot in order to level up their stats and get stronger.

We get to see how new armor can increase affinity’s to certain status effects, as well as offer players the ability to upgrade said armor.

It’s really cool because you can modify the armor and craft new parts for it not unlike Fallout 4. The ability to layer gear is also pretty neat.

According to Spiders Studio, the game will offer 40 hours worth of quests for players to explore, which is pretty much AAA territory as far as content and replayability is concerned.

You can look to grab a copy of The Technomancer from Spiders and Focus Home Interactive starting June 21st for the Xbox One, PS4 and PC. For more info feel free to visit the official website.

One thought on “The Technomancer Arrives June 21st For Xbox One, PS4, PC”