According to the ESL, the reason they enacted the ban against Team YP is because they didn’t want to grant sponsors platforms where they’re…

“widely known for pornographic … or other adult/mature themes and products,”

TheDavv was more worried about the troubling gambling scene surrounding games like Counter-Strike: GO and the e-sports platforms enabling this behavior, writing…

“[I don’t] understand, are they propagating pornography? NO. But lets have 10 [ads] for betting sites that are illegal if [you’re] under 18 wtf. [I don’t] care that YP is banned who cares. Gambling is real thing [though]. [It’s a] shame that many tournaments are propagating gambling. Just saying i had experience when person ruined his live with that.” 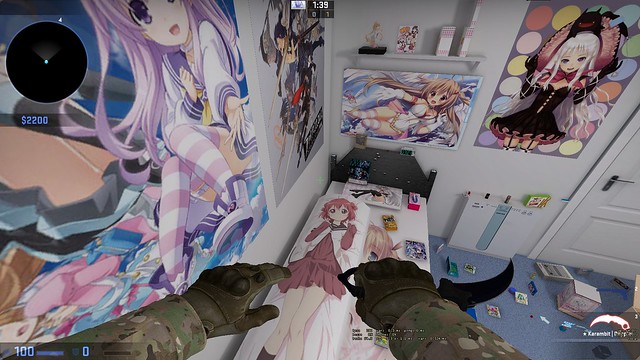 The gambling and trading in games like Counter-Strike have become such a hot commodity that Valve reported that they were dealing with 77,000 accounts each month being hijacked so that those who scheme and set about nefarious plots can profit from those stolen accounts.

According to theScore eSports, Team YP tried changing their logo and modifying their shirts to be more safe for work (although none of their logos previously have been not safe for work). Capcom even tried prohibiting Team YP from the Capcom Cup 2015 until they changed to censored Team YP logos.

“While for some, our participation in esports has been controversial, stopping our players from competing because they are sponsored by us, in spite of Team YP operating as a completely SFW [safe for work] brand, clearly separated from any adult content, seems unfair to say the least.”

ESL is basically looking to choke out Team YP from events to basically make the porn-sponsored e-sports team disappear from the ESL scene.

What’s bizarre is that Team YP also has a ladies division known as YP Ladies. Essentially if the ESL and other tournament organizers like Capcom have their way, they would be pushing out a sponsor who tried to bring more women into gaming.

And they say #GamerGate doesn’t want women in gaming? Right.