In what could be considered as the ultimate troll attempt from a game designer, Garry Newman of Garry’s Mod fame has decided to expand the character options in Rust. In doing so he actually restricted player agency with the latest update, adding in females and alternative races, but permanently assigning the character to the user’s SteamID account and not letting users change or alter them.

The move sent a flurry of contempt, confusion, anger, praise and disgruntlement the way of Facepunch Studios from the Rust community. What’s funny is that Newman responded by making an article on the Guardian to explain that the feature isn’t going away. He also explained that some people – like the Russians – complained about playing as blacks, while transgender gamers complained about having their agency stripped from them, they also stated that it was like exhibiting real world transphobia by taking away the choice.

Newman’s response to the transgender gamers? Well, he states…

“I understand the arguments from transgender players – well, as much as a straight man can. But it feels to me like the same response stands. We’re assigning gender randomly in game – not in real life.”

Newman seems to forget that a lot of times people are playing games to escape from the inhibitory restrictions in real life. Games offering choice are a go-to way for people to explore different aspects of their entertainment desires.

Some have argued that Rust only ever supported white, bald guys and questioned what the big deal was by forcing gender and race assignment? Well, a lot of people were likely under the assumption that it was going to be like DayZ where the white guy was the default model and that later on they would expand the character creation options. If forced assignment is temporary, then it’s not that big of a deal.

Newman states that that’s not what they’re about at Facepunch when it comes to character creation in Rust, writing…

Player customization had got a bit out of control in other games? That seems to completely contradict his later comments made in the article where Newman states…

“Our female players seem more pragmatic. They point out that they’ve already being play Rust as men for the past two years. Some have got in touch to thank us. Mostly they see it as no big deal.”

Majority of the big-budget player base happens to be young male, so the market caters to who spends the money on those games. It’s no different than the protagonists in hidden object games mostly being female, since that’s who makes up for the majority of the player base.

These stats are backed up by a market research report from DeltaDNA, where the results of more than 9 million gamers saw that 90% of first-person shooters are played by men. The stats also show that 89% of hidden object puzzle games are played by females.

These stats were similar across the PC gaming space in a study conducted by Sergey Galyonkin.

Unless Newman has stats that show otherwise, trying to say that women make up an equal market demographic of big budget AAA games, and that they’re being forced to play as males is disingenuous, since they don’t make up nearly the same market base as young male players. 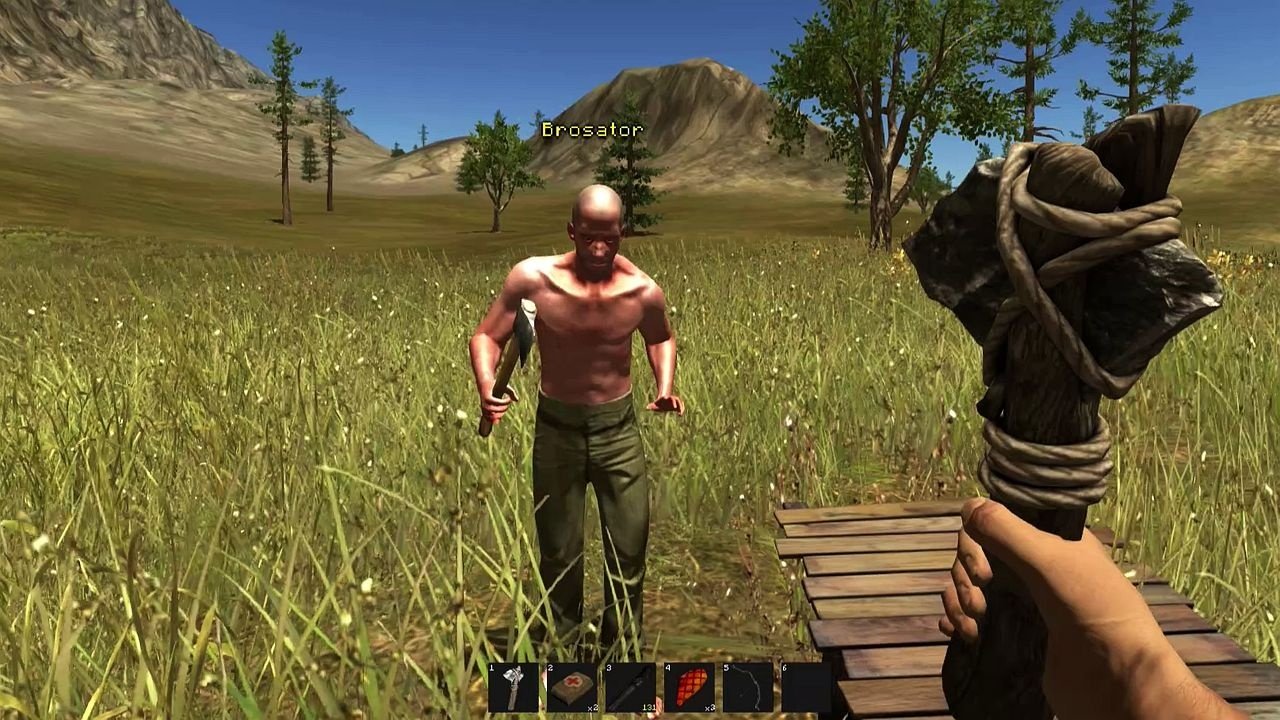 That’s not to mention that in AAA games they clearly advertise beforehand who you’ll be playing, so it’s not like it’s you’re rolling the dice when it comes to who you’ll play. No one goes into Uncharted or Tomb Raider shocked to find that the protagonist isn’t an Asian midget with robotic prosthetic legs.

The represented character(s) in big budget games are usually based on a market response to the expected target demographic (and usually done with a lot of focus group testing); it’s not market activism. Newman should know better.

Additionally, Rust is not a big-budget game, it’s an Early Access MMO-style survival game. In a lot of games like this there usually is an option to customize your character to some degree, like DayZ, Starbound, Terraria, ARK: Survival Evolved or Kenshi, to name but a few.

Usually in online survival games players like having an avatar that they want to play as in the game.

I imagine a lot of players are frustrated that Rust won’t allow them to roleplay as the character they want, as is common in most RPGs and survival games.