To absolutely no one’s surprise (but maybe EA, Activision and Ubisoft) it turns out that gamers really hate in-app purchases, also known as microtransactions. The news comes courtesy of a new report by Unity, which may as well have been headed up by Captain Obvious.

GamesIndustry.biz did a quick write-up on Unity Technology’s new white paper regarding user trends in mobile game purchases, where it was revealed that gamers prefer first and foremost earning rewards through ads. In fact, 54% of the participants in the survey preferred video ads with in-game rewards. The next most preferred monetary method was… buy-once to own.

Oh man, who knew that gamers like paying a flat premium to own a game? While only 18% liked the method of buying a game to own it, it absolutely trumped the 11% who preferred in-app purchases, or microtransactions. 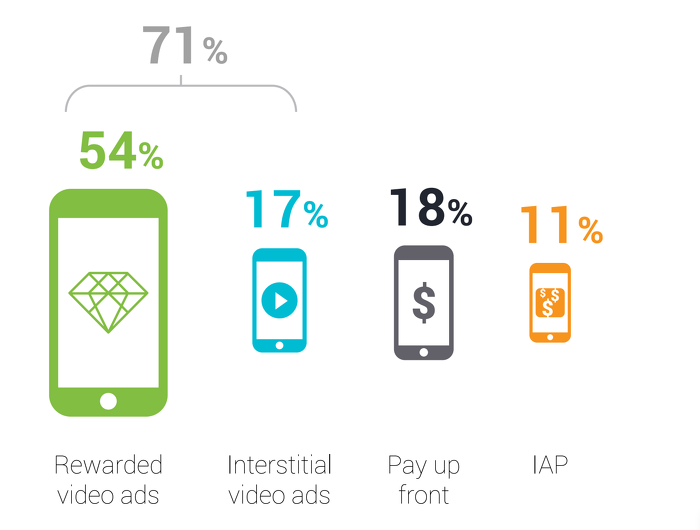 It’s almost like all those complaints on forums, message boards and social media outlets from people who hate microtransactions have some sort of reflection on their actual purchasing and playing methods.

I’m pretty sure even outside of the mobile market the stats look very similar for console and PC gaming.

The report from Unity consisted of 2,000 mobile game developers and game players, so the sample size was decent enough.

The report indicates that multiple monetary methods utilized in games does not always have to have a negative impact. In fact, they note that including rewards through video ads can work in coalition with in-app purchases without one method cannibalizing the other.

For the most part, the report reveals pretty much what most gamers already know about monetary methods in gaming. I think most people put up with in-app purchases not because they like them but because they’re there. Whales with poor impulse control just spend recklessly when given the opportunity, but the stats above fit in line with most common complaints across the web from a majority of vocal players: they really don’t like microtransactions.