The Overwatch controversy surrounding Blizzard censoring an over-the-shoulder pose from Tracer where the viewer gets a clear look at her fully clothed derriere, has caused a lot of people to open their eyes to the current flood of political correct, overbearing, Social Justice Warrior-style censorship happening within the gaming industry. It’s become so bad that some Japanese game developers are preemptively self-censoring their games to avoid controversy with the West’s SJW-ran media.

Well, some gamers have decided to poke some fun at Blizzard after they capitulated in censoring Tracer’s harmless victory pose by making a petition asking the company to remove guns from Overwatch. The petition was made by Leslie Stevenson, who jokingly writes directly to Jeff Kaplan, the game director on Overwatch, stating…

“[…] we in the gaming community still have many concerns about the upcoming Overwatch game, including the use of guns to violently kill other players, sometimes even going as far as shooting each other in the head.

“We, the gaming community, would like to put a stop to this brutality. Please sign this petition if you agree. If we can cleanse Overwatch of all of it’s problematic guns and sexuality, we will finally have a first person shooter that we can play with our entire family.”

This is a riff on a post made by a Battle.net user named Fipps, who claimed that he had an eight-year-old daughter who wants to grow up to be like Tracer from Overwatch. He wanted Blizzard to remove the over-the-shoulder pose so his daughter (and others) wouldn’t feel as if Tracer was a sex symbol. Here’s the pose below. 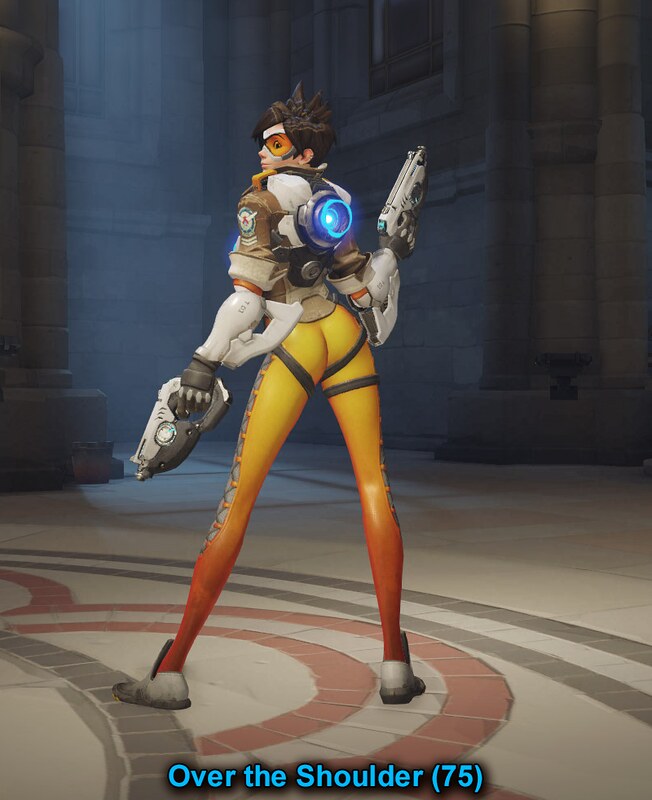 Quite naturally, most people questioned why an eight-year-old would be playing a game rated ‘T’ for Teens and contains the amount of violence that it does. Secondly, people with an ounce of common sense questioned how a pose as harmless as the one above was somehow detrimental to kids when the whole point of Overwatch is to kill other people?

Others like TotalBiscuit took time to poke fun at Blizzard for acquiescing to the request for the character when other characters have the same pose or anything can be made up about another character to have the content censored or removed to appease someone’s chosen offense.

Overwatch’s Strong Animal Heroes and that one Winston Pose

In this particular case, we have a lot of people essentially calling Blizzard out on their decision to censor the pose.

The petition picked up quite the response from Kotaku In Action, where a shadowbanned user going by the handle of tfarceni commented, saying…

“Now I actually want Overwatch to change all the guns to the characters making gun-gestures with their fingers and going “pew pew” at each other because Blizzard deserves this shit now when they opened the floodgates for every nutter who wants to feel important by complaining about inane bullshit.”

It definitely opens up the question of: how much capitulation is too much?

At this point you really have to wonder will Blizzard even acknowledge the near 14,000 people who signed a petition asking for the removal of guns? Or will they ignore it and stick only with making changes when a select minority of individuals make suggestions based on their ideological beliefs?

Kaplan’s original response made it appear as if Blizzard was doing the bidding of Fipps’ command. Later Kaplan backtracked and stated that they weren’t doing it at the behest of the user but because they already had another pose ready for Tracer… a pose we haven’t seen in-engine, in-game or even concept art; nor have they made any comments about this new pose before this situation blew up.

Ultimately, Blizzard put themselves in a very tough bind by kneeling to the commands of a certain kind of ideological sect that a majority of gamers don’t seem to like. How they’ll manage to fix this situation is completely up in the air.

Assuming you want to research that petition about removing the guns from Overwatch… you can check it out over on the official The Petition Site.