One of the most beautifully designed fighting games of all time is set to arrive on the PlayStation 4 and PlayStation Vita on May 24th. The game arrived during the twilight years of the Neo Geo, marking the end of one era and start of another.

SNK Playmore’s development director Keisuke Nishikawa, mentioned on the PlayStation Blog that The Last Blade 2 would offer gamers an HD presentation of the timeless classic, along with cross-platform compatibility so gamers can save their progress and continue from the PS4 to the PS Vita with ease. Nishikawa further stated…

“ […] our beloved The Last Blade Series artist Tonko recently illustrated a new visual of “LB2” for a recently held fighting game tournament here in Japan! In celebration of this upcoming Neo Geo classic headed to PlayStation Store, we hope you enjoy her cute and super-deformed style in this new hand-drawn visual.”

You can check out Tonko’s illustration below. 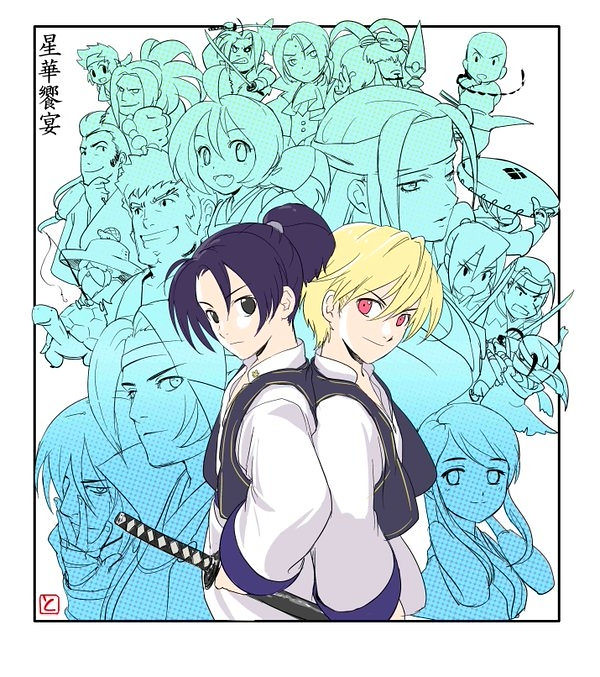 It hearkens back to a time where fighting games were at their prime and SNK was practically untouchable. Last Blade 2 featured a great soundtrack, amazing background visuals, and beautifully animated characters who were paid a great amount of attention to the detail of their fighting characteristics, their martial arts and the technical prowess required to master each combatant.

Code Mystics is handling the emulated port and hopes to bring all of the skill, technical gameplay and beautiful visuals to a new generation of gamer.

The one thing that really stood out to me was how respectful SNK was of the martial arts, especially with Lee Rekka, who, to this day, is still probably the best representation of Shaolin kung-fu in a fighting game (no disrespect to Kung Lao).

The character was basically an homage to Jet Li’s Wong Fei Hong in the period piece series, Once Upon A Time In China. The setting and transitional era in China and Japan during that time is one of the highlights of Last Blade 2, which is what really helped it stand out amongst other fighting games during that time.

It was like a bladed serenade to the dying era of sword fighting.

You can look for The Last Blade 2 in its HD glory make a return to form on the PS Vita and PS4 starting May 24th, next month.