In a bid to show just how lacking gaming media are when it comes to fact-checking and consistency, someone on Reddit decided to pull off the ultimate troll: create a hoax for a complex glitch to beat a boss in The Division, get it popular on Reddit, and see which gaming websites would take the bait. Many of the major media gaming websites took the bait.

In a very telling post over on The Division sub-Reddit, user el2mador apologized to everyone who wasted hours trying to get his fake glitch to work, as well as explaining why he did it.

El2mador created a hoax. He devised instructions on how to perform a fake exploit in The Division to beat a boss after Ubisoft released a hotfix to patch another exploit in the game where players could dish out millions of points worth of damage. The post-patch exploit that el2mador came up with was supposedly discovered to allow users to utilize NPC mobs to kill the APC boss for the player; except this can’t actually happen in the game.

El2mador became an overnight pop-star on The Division sub-Reddit for discovering the (fake) glitch. However, it was all done for spits and giggles.

“Around the same time I posted that fake glitch, I also reposted a legit strategy guide (since I assumed most players would like to do it legit given the previous exploits were patched). It was, for me, both an attempt at humor as well as a social experiment of sorts.“

Hilariously enough, at the time of writing this article the legitimate strategy guide for beating the Falcon Lost boss only has 261 upvotes, while the exploit thread has 713 upvotes.

The fake exploit has no video to accompany it (since it’s a hoax), but that didn’t stop it from making the rounds.

Gamespot also had a detailed post on the fake glitch; writing a fairly lengthy post about it, too. Shortly after the thread went up from el2mador signifying that the whole thing was a hoax, Gamespot decided to avoid the public scrutiny of shame (or facing comments from people saying “It looks like #GamerGate was right”) by simply deleting the entire article.

No worries, though, I’ll be sure to link and tag the appropriate outlets and plaster some big #GamerGate logos across them on social media. And if any of them attempt to throw their female employees under the bus for “harassment” clicks, we’ll know exactly who doesn’t value ethics in journalism.

There were others, though. Given the spread of this hoax GameZone, Twinfinite, iDigital Times and the International Business Times also published stories about the fake glitch as well. It was bundled up in a flurry of other legitimate glitches that were discovered for The Division around that time.

To their credit, both Polygon and Kotaku seem to have avoided said shenanigans; a rare treat of integrity amongst the gluttons who propagate outrage-bait.

The major issue was that many websites reported that Ubisoft’s hotfix did not fix the glitches, when in fact it did fix the glitches it intended to. A lot of players could find themselves being misled about this information, which may or may not impact future purchasing decisions.

Moreover, there were users like BonyBrown who were brought into the light about media corruption, with the Reddit user stating…

“I thank you for exposing the lunacy out there. I’ve also lost a lot of respect for the gaming sites that bought into it and reported it. Showed a complete lack of professionalism.”

“They don’t care about the facts, the people at the gaming sites make a lot of money to copy stories from reddit or report them on camera with fake blonde hair and makeup. I think they really just want to sleep with some of the developers to move on to work as a “community manager” or something.”

LittleDonnyTV has one of those Neo-taking-the-red-pill-moments where he realizes that maybe he’s been lied to more than he’s comfortable with, writing…

“Bravo sir..those “game” reporters should feel ashamed. Makes you wonder how many other articles are simply other people’s information that they have just reddit’ or googled for a story.”

Dytoxin also brings up a good point about reporting things without proof, writing…

It makes me wonder where all that evidence is of #GamerGate being a harassment campaign? Essentially, anyone can just claim that they were harassed without zero proof or evidence and — just like with this story about a fake Division exploit — the media will pick it up and run with it as if it’s fact. 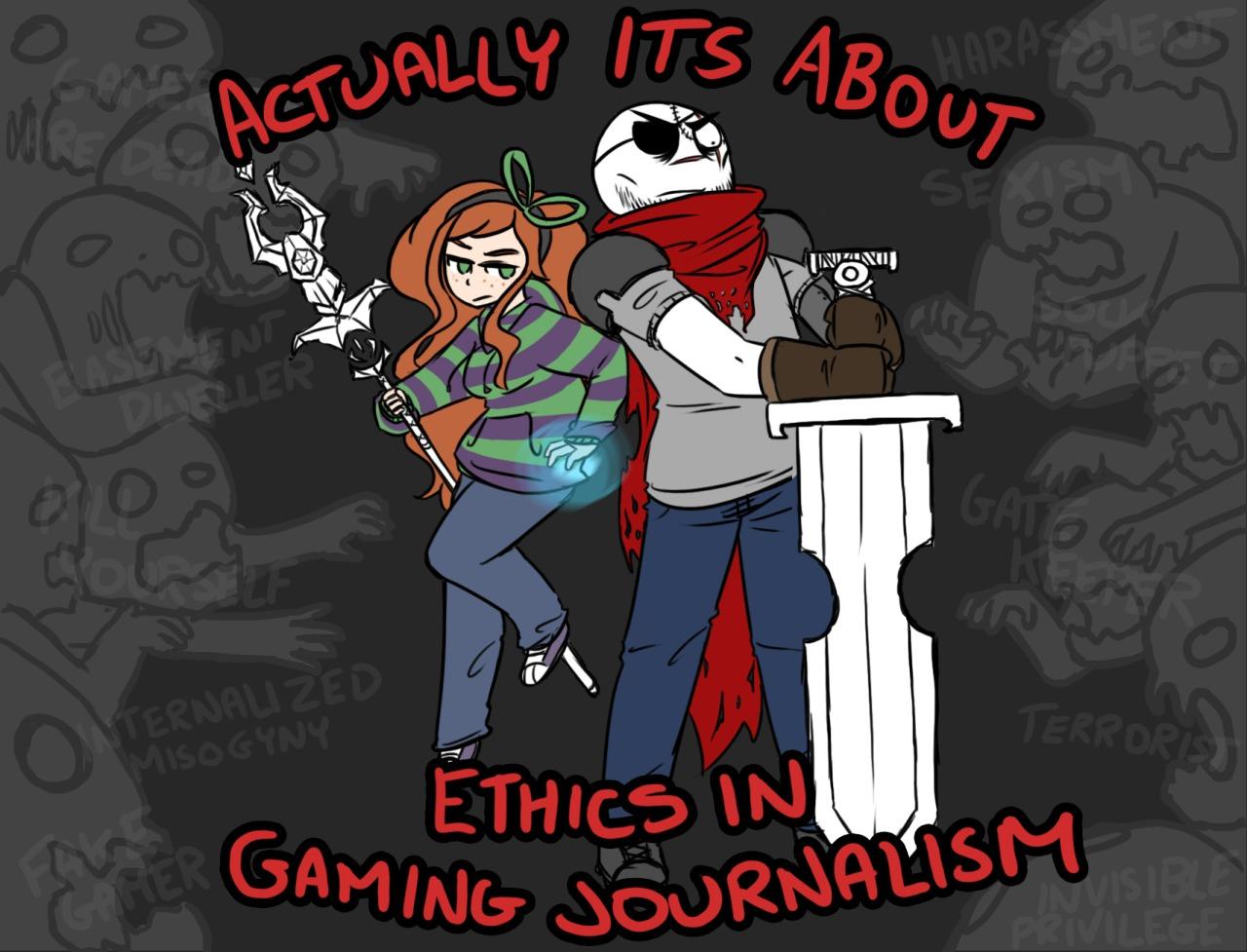 Now to be fair, anyone can make a mistake and misreport something because of convincing looking evidence that turns out to be false. It can happen to the best of us. Although, in this particular case not having any sort of photo or visual evidence to back up that the glitch actually works against the favor of gaming journalists.

Many of the sites just opted not to update their story, with some Eurogamer commenters taking the site to task for a lack of fact-checking, with user Litlle_Freddy writing…

“This is fake! Article based on a reddit article that was SATIRE. That has got to be embarrassing, check your facts please Authur. Posting fake information makes you like a stupid person.”

As of the publishing of this article, Eurogamer has still not updated or corrected the piece.

What’s more is that the big issue within the world of gaming is that this kind of misreporting based on feels and not facts has been happening all too often, way too frequently.

In fact, just last week Patrick Klepek from Kotaku defended why the publication misreported about the reasons behind Nintendo firing an employee, and even defended why they should not have done proper fact-checking.

Kotaku had also been engaged in a similar incident before regarding a story about Denis Dyack, which helped contribute to the failure of the Kickstarter for the company’s new game. They also misreported about Brad Wardell and a sexual harassment case, as well Max Temkin and unverified rape allegations.

The big issue isn’t just that media websites misreport information, it’s that many times they aren’t willing to correct or retract the falsehoods, which is how we end up with long-running consumer revolts like #GamerGate.

Anyway, el2mador rounded out his post advising people to spend their time being a little more productive, writing…

“I’m sorry if I caused folks a bit of time trying to make a glitch work. I know the game isn’t perfect, but, maybe we should focus on spending our playing time in activities that we enjoy, or building up our characters and finding good players to run with.

“It says a lot about both the state-of-the-game and its community if the things we mostly focus on are the exploits.”

(Thanks for the news tip Blaugast)