Homefront: The Revolution Trailer Explains How To Take Over Zones

A new trailer was released from Deep Silver and Dambuster’s upcoming Homefront: The Revolution. The CryEngine-powered first-person shooter appears to be coming along nicely, and for the first time since being announced, the trailer explains how players are supposed to take over each zone, as well as what risks come with the corresponding zones.

You can check out the trailer below.

Homefront: The Revolution ‘Hearts and Minds 101’ (Official) [US]

The battle to free Occupied Philadelphia doesn’t just happen in the bombed out streets of the Red Zone, or the high security Yellow Zone – it happens in the hearts and minds of the people! You have to inspire our countrymen – lead by example, and they’ll rise up as one.

Red Zone is filled with snipers. It’s a battle zone that aims to keep the resistance out. Players will have to watch out for patrols, armed forces and KPA snipers scouring the rooftops.

The Yellow Zone is the civilian enforcement zone. It’s also locked down pretty tight with a lot of aerial drones, flying patrols, ground patrols, checkpoints and guards littered everywhere. It’s really cool because players can attempt to blend in as if they’re one of the oppressed citizens, and use the opportunity while behind enemy lines to stealthily sabotage the enemy equipment and forces and take down their surveillance or acquire important intel. It’s a lot more layered than I thought it would be.

The final zone is the Green Zone… this is the capital where the KPA main officers and forces reside. The high value targets are guarded to the teeth with all sorts of armored patrols. Getting in and getting out alive will be a real test of merit. 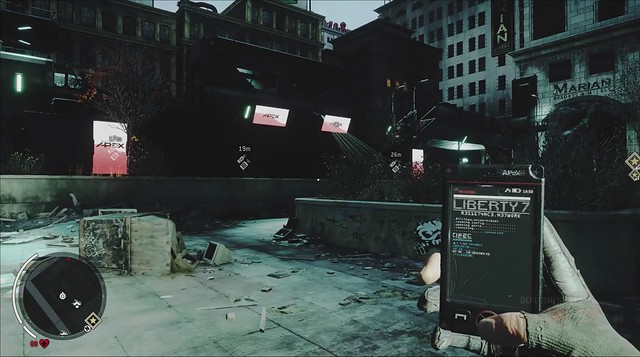 The one thing that absolutely stuns me about this is that for the first time in a really, really, really long time, it appears as if players will unlock new abilities and upgrades to actually match the difficulty of the higher levels. It appears as if the end game is actually hard and will require as many upgrades as possible in order to survive. That’s a real rarity amongst most games these days.

In Assassin’s Creed by the time you get to the end of the game, everything is a cake walk and the enemies go down faster than Channing Tatum on the casting couch.

I also like the idea that players don’t always have to run and gun to get through each segment. Using wits and counter-propaganda to help free the masses and turn the tide is a nice way to mix up the gameplay.

Originally I was afraid that Homefront: The Revolution was going to be like a poor man’s Far Cry, but the more I see the more I’m genuinely interested in playing the game… or at least a heck of a lot more-so than Far Cry Primal.

Additionally, Dambuster announced [via Blues] that they will be allowing players to unlock rewards through the website using the Merit program. They state…

“Anyone can simply go to Homefront-Game.com and begin earning Merits by completing missions on the site to dive deeper into the lore of the universe. Each Merit earned unlocks a corresponding piece of Combat Gear from the Red Rebel set, which can be used to customize your co-op character in Resistance Mode.

“Once merits are achieved, players will see the associated in-game Combat Gear unlock by linking their Homefront profile to their Xbox LIVE, PSN or Steam account.”

They note that seven Merits are currently available right now for players to earn, and more will be available leading up to the game’s release on May 17th.

You can look for Homefront: The Revolution to launch on the Xbox One, PS4 and PC. I’m really hoping that the game is solid and that the AI is done proper, the missions are exciting and that the gunplay is satisfying.

The premise and conceptual design all look to be on point, and I can say with certainty that at least the developers are showcasing something that shows promise… the only thing they have to do now is deliver on the execution.

You can learn more about Homefront: The Revolution by paying a visit to the game’s official website.

3 thoughts on “Homefront: The Revolution Trailer Explains How To Take Over Zones”