ARK: Survival’s Mod Integration Support For PC, Xbox One Slated For May

What seems to be arriving quicker than Fallout 4’s mod support, Studio Wildcard next month is slated to bring the popular Sci-Fi prehistoric game ARK: Survival’s actual mod tools not only to PC folks, but to Xbox One players too. This will take place sometime next moth, and arrives with a new trailer to welcome this game changing feature.

Ark: Survival Evolved has moved over 1 million copies on the Xbox One ever since its launch last year in December. The co-founder of Studio Wildcard, Jesse Rapczak noted that…

“ARK’s success has increased our content goals and Early Access players have helped us raise our ambitions with their invaluable feedback. When we first announced, we said 70 dinos, now we’ll have over 100. We never anticipated adding modding, local multiplayer, split screen, or numerous other upcoming features. The game at launch will be far more robust than originally conceived, but it takes a little extra time to wrap it all up.”

If you have been following the devs and their futuristic dino game, you will know that mod support was originally announced back during Microsoft’s E3 press Conference in 2015, where Bethesda’s apocalyptic game Fallout 4 was noted at the same time to support the same feature during the Spring of this year. 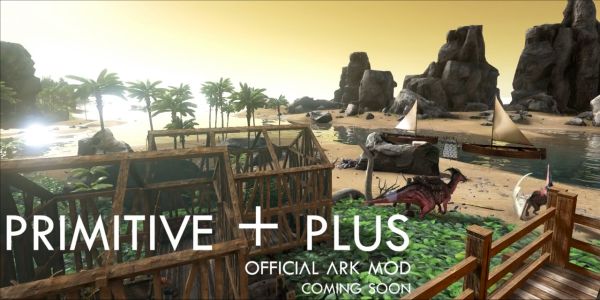 As it stands now, with the announcement of this, the game will obviously feature some pretty cool stuff when modders get their hands on the tools to mix the game up. To be honest, I’m more excited for Fallout 4’s mod support, but ARK: Survival Evolved isn’t too far behind on the list of mod excitement.

You can check out the official trailer that the devs posted to their YouTube channel, which shows off different assets, environments and the announcement of mod support.

ARK: Survival Evolved: Official Mods program launching on Xbox One and PC! What this means is that we’ll be able to take a step further when working with Mods and begin integrating them into our Official ARK System. We will be launching this program starting with The Center map in May 2016.

ARK: Survival Evolved is out now for PC , and for Xbox One players. Official mod support will debut sometime next month in May, and will see custom content added into the official game’s servers.

Ethan was born in glitches, and pursues to find the most game breaking glitches in games. Contact this author.