While the topic of VR spending, VR consumerism and VR revenue has been a hot topic amongst most research groups and market analysts, the one thing that hasn’t been discussed much is VR’s impact on the e-sports sector. In a new report from Newzoo they indicate that 52% of hardcore e-sports enthusiasts plan on buying a VR headset.

Over on the official Newzoo website, they rolled out some fascinating (but rough) estimates about the interest various countries have in purchasing VR headsets, with the figures for America being unchanged from what they were before, but the real highlight was the e-sports sector, one of the fastest growing markets in the world of interactive entertainment, which is expected to hit $4 billion in revenue by 2018.

The Newzoo chart shows that only 24% of casual viewers of e-sports plan on getting a VR HMD, but more than half of the hardcore e-sports enthusiast plan on making the dive into virtual reality. 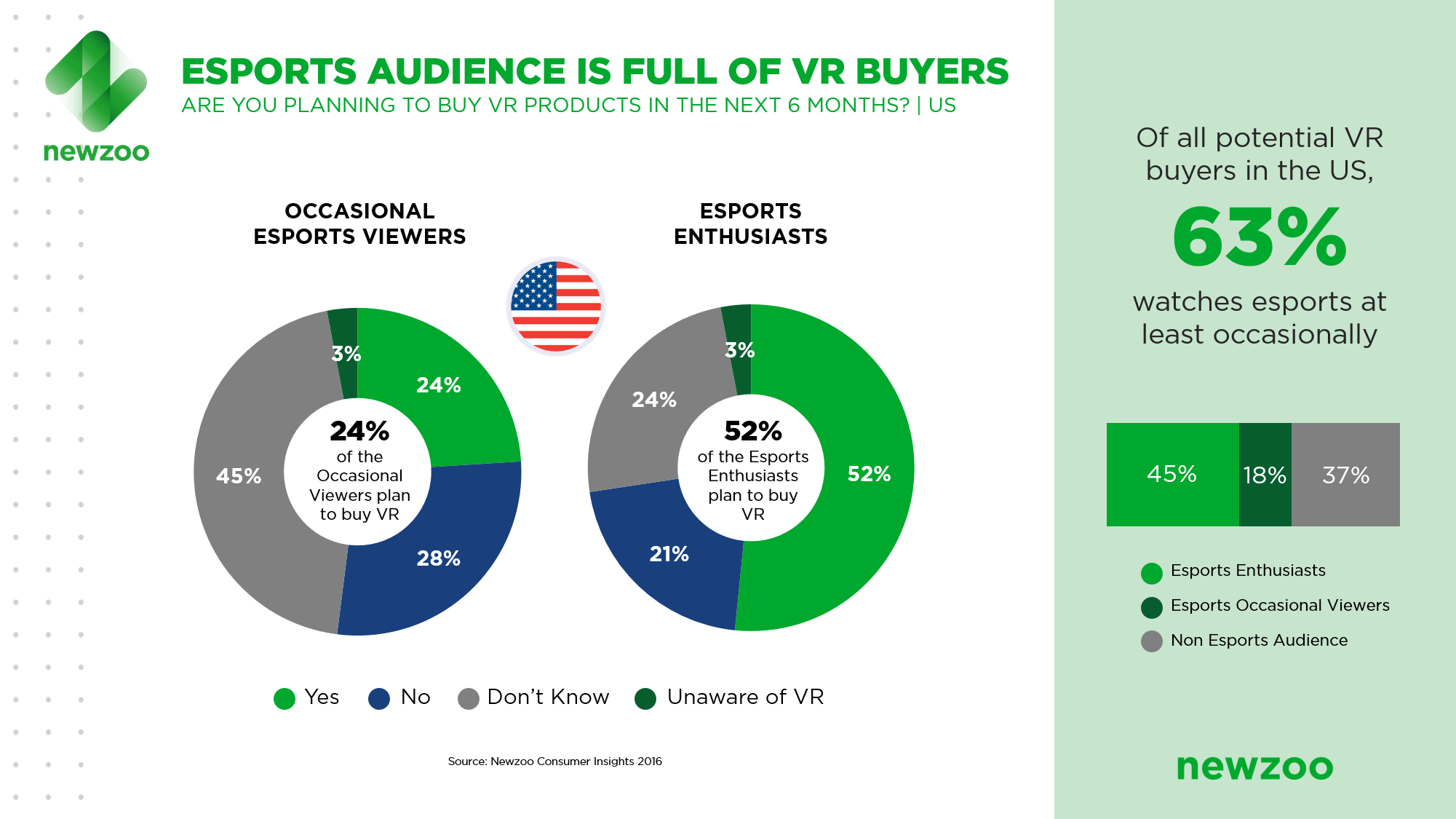 Now what’s also fascinating is that out of all the countries surveyed, Canada is the one willing to pay the most for a high-end VR experience. In fact, 28% of Canadians who said that they are interested in buying a VR headset are willing to spend more than $600 on a VR headset, which likely means they could be the ones giving Valve and HTC a decent portion of the revenue pie with the HTC Vive.

However, HTC and Valve should take note that those 28% willing to spend top dollar are pulled from only 7% of Canadians willing to actually buy a VR headset. In the chart breakdown, Spain ranked the highest in terms of immediate interest, with 18% of survey participants saying that they would be willing to purchase a VR headset. Italy was close behind Spain with 13%… and from there the numbers just kept dropping. 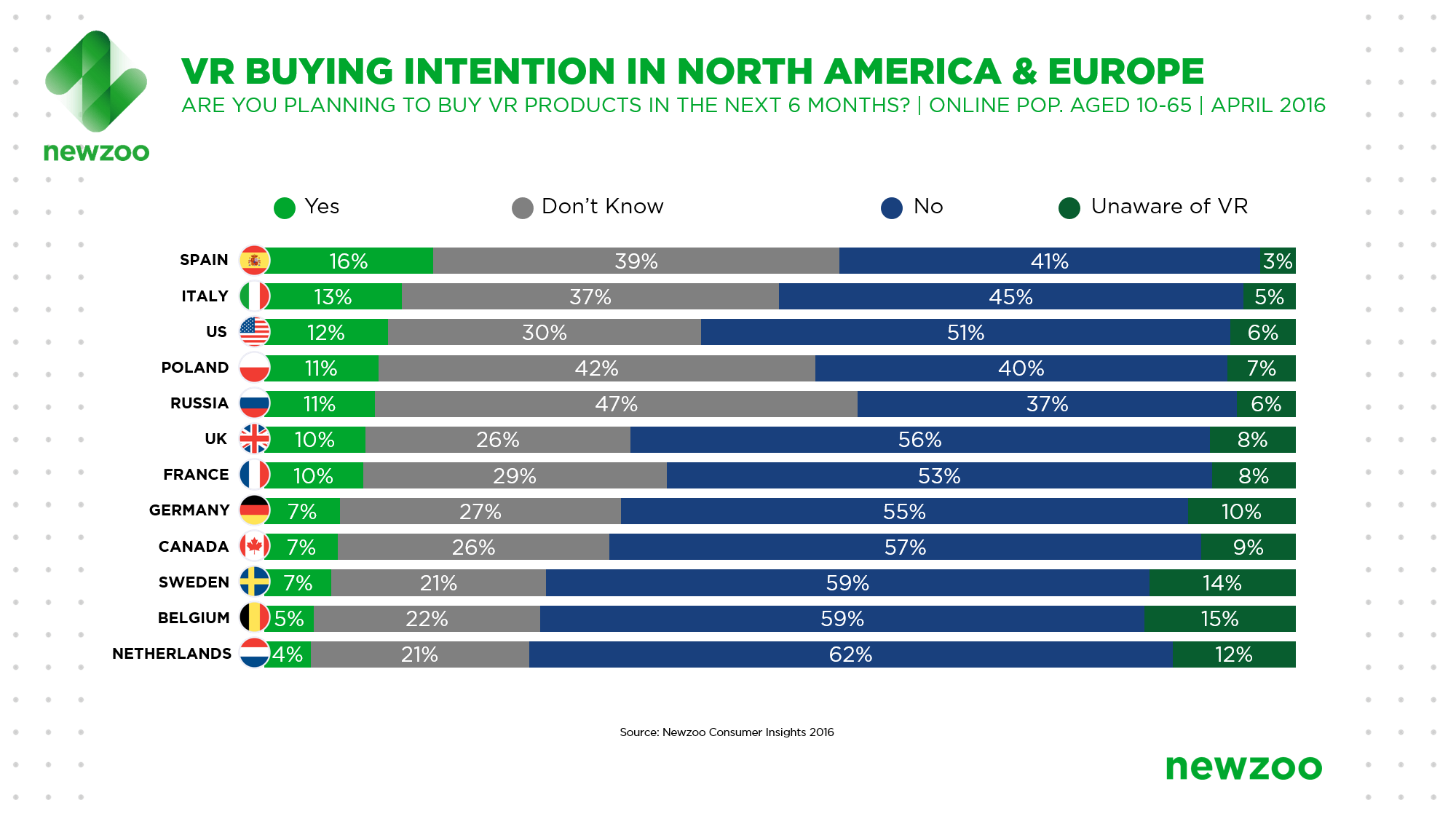 What’s fascinating here is that a large portion of people are unsure about VR, mostly hovering around the 30% mark. A vast majority, however, simply have no interest at all in purchasing a VR headset over the next six months.

It looks like Superdata was right in lowering the revenue forecast given that the world around just doesn’t seem all that interested in VR.

On the upside, a majority of the people unaware of VR rank in the single digits in the markets that matter. Still, even making people aware of VR doesn’t seem like it’s going to have much of an effect on getting them to want to buy a VR headset.

(Main image courtesy of One Button)