We’ve reached a new milestone within the last 24 hours, surpassing the 10 million pageview mark. The site has managed to amass more than 9.5 million users and 10.3 million pageviews since the site’s opening in late June of 2014, according to Google Analytics.

There’s obviously some numerical discrepancies between Google and Jetpack, but both seem to put the site above the 10 million mark when it comes to pageviews. Jetpack is reporting that One Angry Gamer has managed to hit 10,016,293 as of April 18th, 2016.

Google Analytics, on the other hand, appears to report that we’ve managed 10,003,324 session users and a total of 9.5 million unique users. We have managed to hit 10.3 million pageviews over the last two years.

It’s amazing because I was pretty sure Gawker, Vox, and Buzzfeed said that #GamerGate and those asking for better ethics in journalism it was about 30 white guys in their mothers’ basements. They were about 9,594,530 users off.

Also, the claim that #GamerGate is a bunch of 15-year-olds is way off the mark. Even if someone considered this as a “Pro-GG” website, a majority of the direct audience is between 25 and 34 years of age. If we’re counting organic traffic from social media, Google, Bing, Yahoo and Tumblr, then the stats skew 18 through 24. But that’s even assuming everyone comes here for #GamerGate news… in reality they come here for all sorts of news about all sorts of tech, digital media, and video game related topics.

Additionally, around 8% of the site’s direct viewership happens to be females. The site’s stats look the same when accounting for overall viewership as well, but with the addition of organic traffic the number of female visitors go up by 0.6%. The direct viewership is in the blue while the overall user base is in the orange. 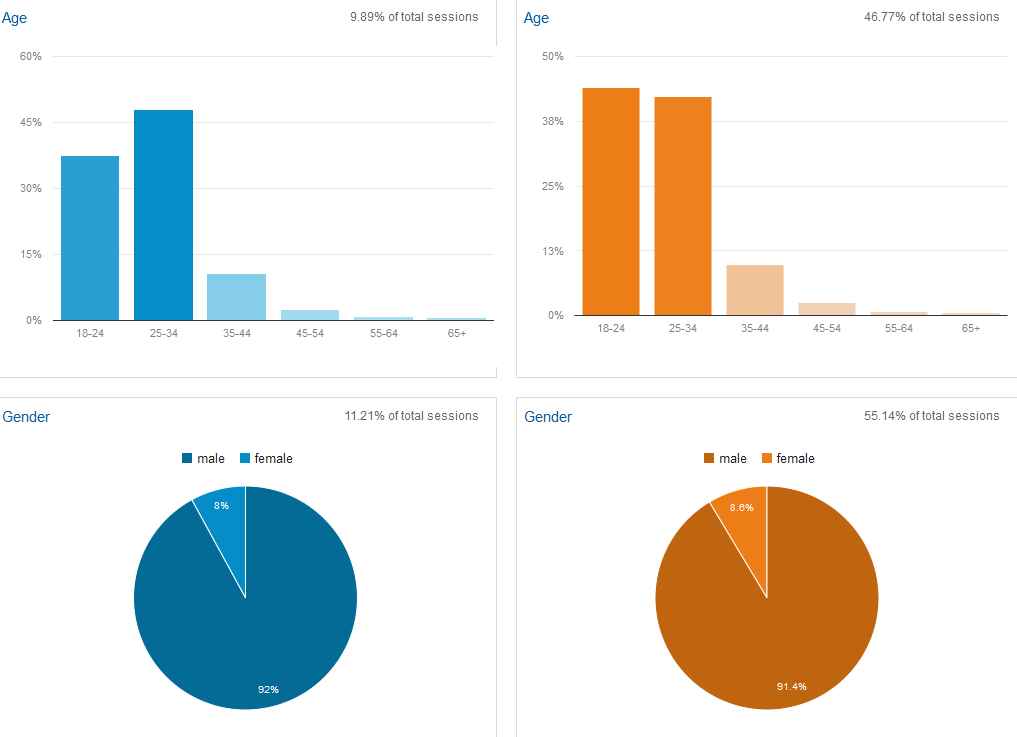 When accounting for all user sessions, the stats are largely the same. Interestingly enough, people who prefer news and avid readers are higher up as part of our direct traffic than those coming in from other sites and search engines.

Essentially, our readers make sure they’re very up-to-date on the facts, so it means our readers ensure that we’re not misreporting anything.

Who watches the watchers? The readers do.

That translates into this… 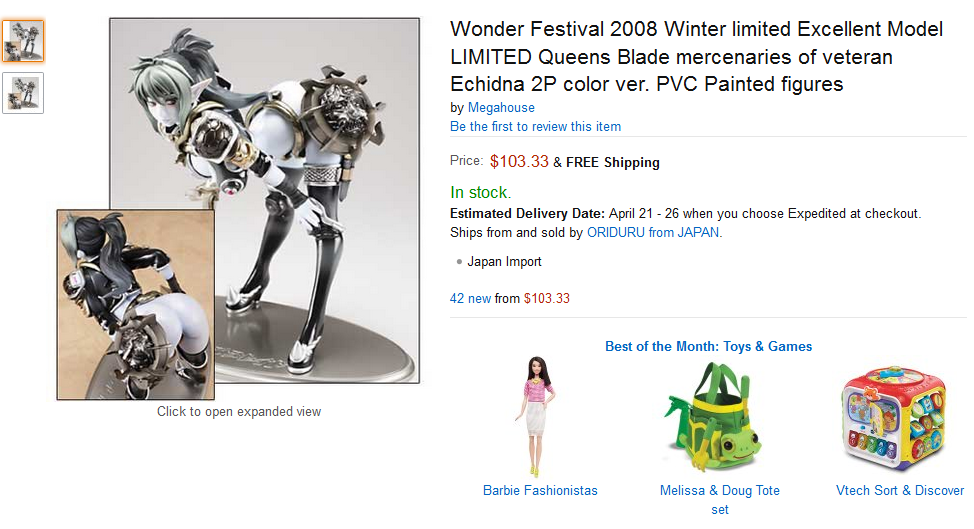 And the least clicked on item… as listed below… 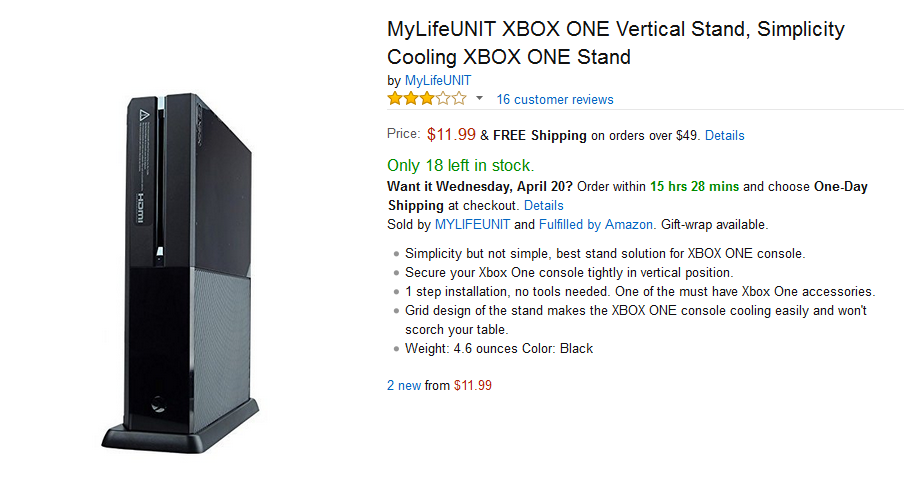 Yes, so while people can complain about the Amazon ads, the reality is that people like certain things more than others. Capitalism for the win.

Most importantly, though, none of this would be possible without the readers, the sharers, the commenters, the tweeters, the Redditors and the channers. So for everyone who continues to contribute to the growth of the site. Thank you!