Robo’s World Managed To Sneak Onto Steam With Little Fanfare

Bluish-Green Production’s Robo’s World: The Zarnock Fortress recently released onto Steam back at the start of March… March 7th to be exact. The game managed to crawl onto Steam with very little fanfare, receiving only a few user reviews. Maybe all the quiet partying on the store page was because it launched and no one knew it launched?

The single-player title features 3D side-scrolling levels as players take on a robotic hero trying to save his world from the invading forces of Zarnok. The gameplay is fast, hard, dangerous and tactical and you can see what sort of challenges you can face off against in the trailer below.

Vote for us on Steam Greenlight!: https://steamcommunity.com/sharedfiles/filedetails/?id=561953066 Robo’s World: The Zarnok Fortress is an Open World 2D Tactical Action Platformer. Take on the massive, interconnected Zarnok Fortress, and sabotage its crucial systems to halt its advance on your world. Your foe remains ever vigilant, learning from its mistakes and actively repairing sabotaged zones.

It’s like Probotector and a little bit of Vector Man, mixed together to create a whole lot of mechanical attitude. Sorry, been watching too many ’90s commercials.

The game itself sports eight different distinct zones to explore, each with their own look and feel and across these zones there are more than 50 levels to conquer. Yes, 50 levels spread across those zones. That’s definitely a lot more than you would get from Vector Man.

You have to deal with adaptive AI, a digital game-within-a-game challenge mode for fast travel around Zarnock’s fortress, as well as face off against six different classes of enemy robots. That’s not to mention there are some some stealth segments and puzzle platforming to deal with, which will put some of your timing and reflexes to the test.

While there aren’t many reviews on hand, the few that are there most definitely praise the game for the gameplay, the challenge and the visual pop from the mechanically diverse line-up of robots featured in Robo’s World. 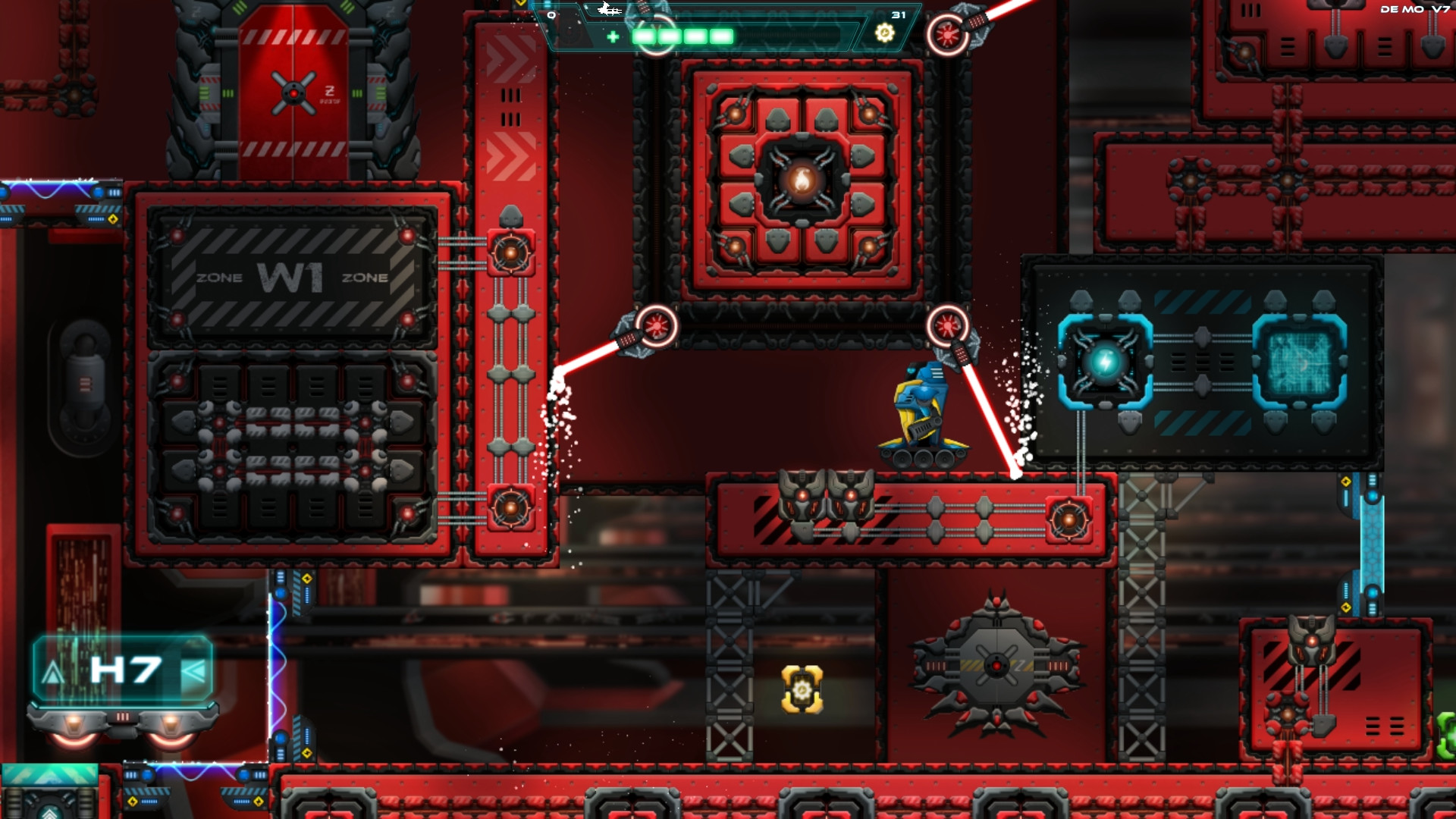 One thing that stood out in the reviews was the praise of the aforementioned adaptive AI, which was said to have made the game more fun and more difficult due to the unpredictable nature of the AI. I kind of wish more games had that.

The only downside mentioned is that the controls are said to have been designed for gamepads instead of a keyboard and mouse. Otherwise it’s noted as being a solid game.

You can pick up a digital copy of Robo’s World: The Zarnock Fortress on the Steam store for $9.99. If you need more info feel free to visit the official website.