Season 3 of the ESL’s Pro-League for Mortal Kombat X is revving up to get underway on April 3rd. In addition to this year’s Pro-League tournament, they’re also introducing the new ESL Challenger Cup to give gamers a little something extra to fight for in the e-sports arena.

Warner Bros. Interactive Entertainment and the ESL recently made the announcement that the third season for the Mortal Kombat X competitive tournament would be getting underway this April, and that the prize pool for this season’s turnout will be $500,000. There will be a $200,000 USD prize pool for those competing within the top eight finals that takes place on June 12th in Burbank, California.

The top eight finalists will be whittled down from a pool of 16 of the best fighters that hail from Latin America, the Commonwealth of Independent States, North America, and Europe. They dropped a new trailer for the upcoming start of the new ESL season of Mortal Kombat X. You can check it out below.

A new season is here! Sign up at www.proleague.com/MKX

Ed Boon, the creative director at NetherRealm Studios and co-creator of the Mortal Kombat franchise, commented about the ESL and the e-sports scene that Mortal Kombat has become entrenched in, stating…

“Mortal Kombat has always been about friends going head-to-head in ‘couch competition.’ With Mortal Kombat X, these players now have multiple ways of jumping into the tournament scene to prove their skills and win cash,”

“This is the biggest commitment we’ve made to the esports scene and with our newly enhanced online experience, we’re looking forward to seeing the intense match-ups at the various tournaments we’re supporting.” 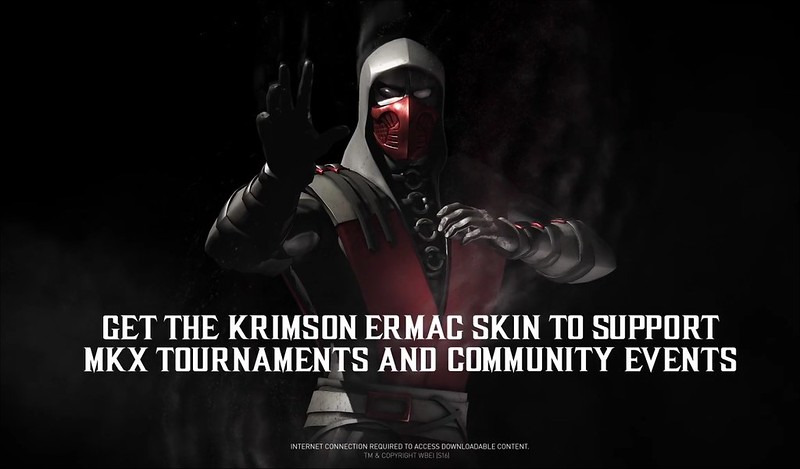 The comments are pretty funny, requesting Warner Bros., to do something about the missing Mortal Kombat XL PC port and the fact that PC gamers won’t be receiving the latest batch of DLC characters or the new balance patches. It’s a rough time to be a PC gamer and a Mortal Kombat fan.

Anyway, the ESL prize pools are funded by the community, for the community. Warner Bros., and NetherRealm Studios use the funds from the DLC purchases to put back into the prize pool at the ESL tournaments.

Sales of the Krimson Ermac DLC skin goes toward the prize pools of the seasonal ESL tournaments for Mortal Kombat. You can learn more by visiting the official website.