Big Ant Studios recently announced that their 3D-action brawler, Masquerade: The Baubles of Doom, will be arriving for the Xbox One, Xbox 360, PS3, PS4 and PC starting April 20th next month. The digital-only release will mark a return to old-school style games where over-the-top characters, colorful adventures and non-stop action were the order of the day.

Players will take on the role of a jester attempting to stop an army of evil clowns. The game’s announcement trailer is a prologue explaining the backstory and the setup of the villains. You can check it out below, courtesy of Capsule Computers.

A more recent trailer was also let loose into the wild called “The World”. The second trailer has surfaced along with the announcement that the game would be coming to home consoles and PC this spring.

The second trailer clocks in at four minutes and gives gamers a more extensive look at the 3D game world that they will be adventuring across. You can check it out below. Unfortunately there is no actual gameplay on display, just a scroll over of the game’s interactive worlds.

Masquerade: The Baubles Of Doom – The World Trailer

Thanks for Watching. More Trailers are inside my Channel. MFG Bicsum86

Mark Bracken, the executive vice president of Big Ant Studios, commented about the game’s announcement and release date in the press release, stating…

“Masquerade is a call back to those classic 3D action games that were all about larger-than-life characters and personalities,” […] “We wanted to deliver a game with both heavy hits and lighthearted adventure, something that’s simultaneously fun to play and fun to experience.”

The gameplay is supposed to be mirrored after Jax & Daxter, and I would be able to better say whether or not that was true if a proper gameplay trailer was available. 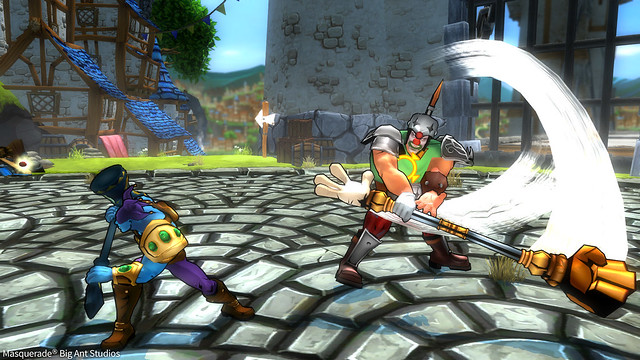 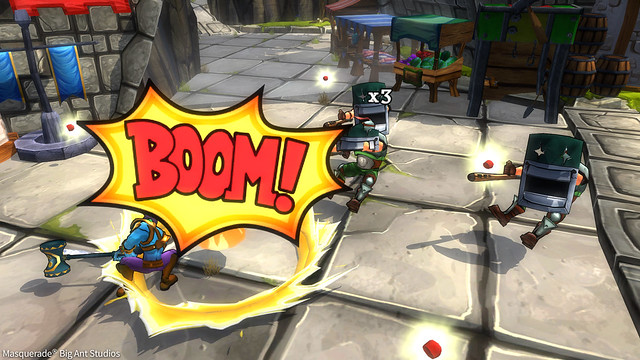 Nevertheless, the press screenshots appear to indicate that the game has some hack-and-slash qualities about it so that fans of 3D beat-’em-up titles will likely feel right at home with the game.

It definitely seems like a throwback to classic PSX titles like Medievil or Croc or Ape Escape.

You can look for Masquerade: The Baubles of Doom to launch on April 20th for the PS4, PS3, Xbox One, Xbox 360 and PC. For more info feel free to check out the game’s official website.