Square Enix held a live event in Los Angeles, California for Final Fantasy XV. It turns out that there’s a new anime, a new movie in the works (due out later this year), and the original Final Fantasy XV is set to release on September 30th later this year for the Xbox One and PS4, following yet another demo that will help introduce players to more of the complex and beautiful world that the developers have crafted.

Square announced that Final Fantasy XV is officially set to launch on September 30th. The game will come with tons of content, lots of gameplay, lots of explorable areas and a lot of bosses to face off against. One of the things they teased in one of the trailers is the ability to upgrade the car and fly around the game world. Check it out, courtesy of YongYea.

That trailer followed on a previous trailer that also centered a lot around the young boys and their wilderness adventure, along with the car that helped and hindered them along the way. One of the ways the car hindered them is by breaking down while they were out.

It’s been noted that players will have to maintain the vehicle and keep it fueled, otherwise they might find themselves stranded somewhere. Never fret, though, there’s a way to repair the vehicle even while you’re out in the middle of nowhere. You can give Cindy a call and she’ll pick up your vehicle and tow it for you. 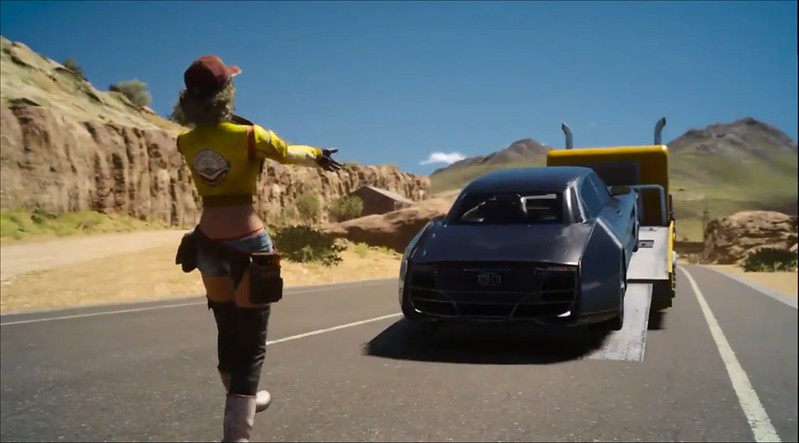 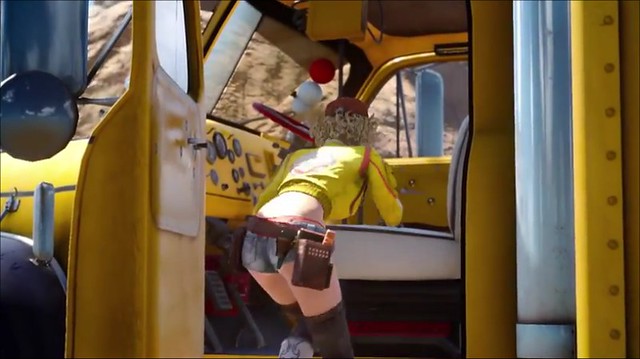 The towing of the car was part of the highlight in another trailer that also revealed the Titan, a new boss that seemingly comes to give Noctis and his boy band a hefty helping of punishment and pain. They don’t showcase how players are supposed to fight this guy but he looks visually daunting and very impressive. Actually, come to think of it, the Titan looks like he stepped right out of Attack on Titan.

You get to see the gigantic foe along with a few other bosses, locations and mini-games with the trailer below.

But that’s not all!

They also had another gameplay video that showcased a bit more of the Chocobo riding, with the classic Chocobo theme. We got to see them racing and powersliding around corners, as well as driving in the car and parking at a hotel.

We get to see a bit more of the game’s combat in the video as well as the ability to cling to vertical objects to either stage a new offense combo against enemies or get some respite.

One of the other things that Square unveiled is attached to the teaser trailer that was leaked earlier where we saw that players would don the role of a young Noctis as he travels through a dreamscape with the help of a classic Final Fantasy summon. You can check out the trailer below, which highlights the gameplay and world of the Platinum Demo for Final Fantasy XV.

The Platinum Demo lets players control Noctis through a fantasy world that really pushes the envelop on creative exploration, taking the young prince through a giant house, a toy room and even a fantastical forest.

I was curious about whether or not you would be able to fight as young Noctis, but they clearly showcased him fighting and taking on monsters using pint-sized weapons suited for a little kid. You can check out some actual gameplay from the Platinum Demo below.

But that’s not all!

They have also announced that there’s two new media properties coming for Final Fantasy XV as well, including a new anime that gives a bit more insight into the boyband and their camaraderie that many fangirls will probably take a liking to. You can check out the anime trailer below.

Last but not least is the trailer for KingsGlaive, a movie that works as a prequel to Final Fantasy XV. It stars Aaron Paul and Lena Headey, along with Sean Bean. Most people think Sean Bean’s character will die.

The trailer looks good; graphically it’s nothing too special based on what we’ve already seen with Final Fantasy XV. That’s no knock against the trailer or the visuals, it’s just the fact that Square has raised the bar so high that graphically when I see the trailer I’m more intrigued by the story than the visual fidelity. You can check it out below.

KingsGlaive is set to launch sometime this year. Presumably, since it’s a prequel I would imagine that it would likely launch before Final Fantasy XV in September, but we’ll have to wait and see. Also, Square wanted to make it known that the movie features the Audi R8… assuming that’s something important to know.