Koei Tecmo announced that they will have plenty of post-release DLC for all the girls in Dead or Alive Xtreme 3 on the PlayStation Vita and PlayStation 4 in the form of new outfits, costumes and bikinis.

DualShockers spotted the press release from Koei who recently announced a number of new features for the upcoming volleyball title. For one, they’ve announced that they have a number of DLC clothing items in store for gamers for Dead or Alive Xtreme 3 on the PS Vita and PS4 after it releases at the end of the month. The DLC items will be available alongside the items already available in the game that you will be able to purchase with virtual money and cash shop coins.

Yes, there will be a Zack Island Premium Ticket card that will work identical to Rockstar’s Shark Cards. These cards will allow players to buy in-game virtual money with real money. The virtual money can then be used to purchase new clothes and items from the in-game store, which will sell both DLC and standard clothing items. 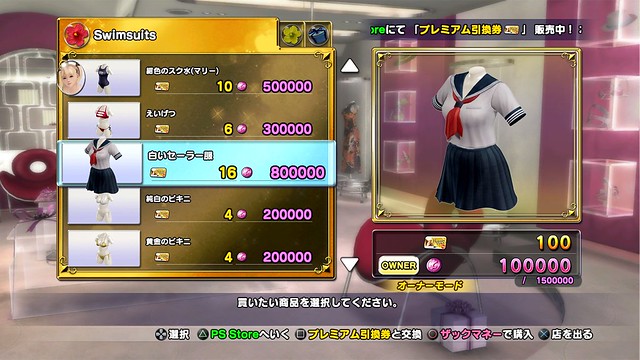 According to DualShockers, the cash shop currency will be available for those who don’t want to waste time grinding through the game to buy the outfits that they want for the girls. It’s like skipping the foreplay so you can get straight into a royal rumble with a tissue box.

Those who manage to get the first print edition of the game will automatically receive some of the bonus DLC outfits, and five premium tickets to help get them addicted – oops, I mean started.

Additionally there is a special photo mini-game featuring Rose Marie that you can check out on your browser or via iOS or Android smart devices by heading on over to the official GameCity website.

Dead or Alive Xtreme 3 is set for release on March 24th in Japan and Asia but Westerns can import it from places like Play-Asia.com.