Small details on the requirement of play time and real life monetary expenses have surfaced for Capcom’s recently released Street Fighter V. The pricing chart gives gamers an idea of how much it will cost to unlock new characters and how how long it’ll likely take. 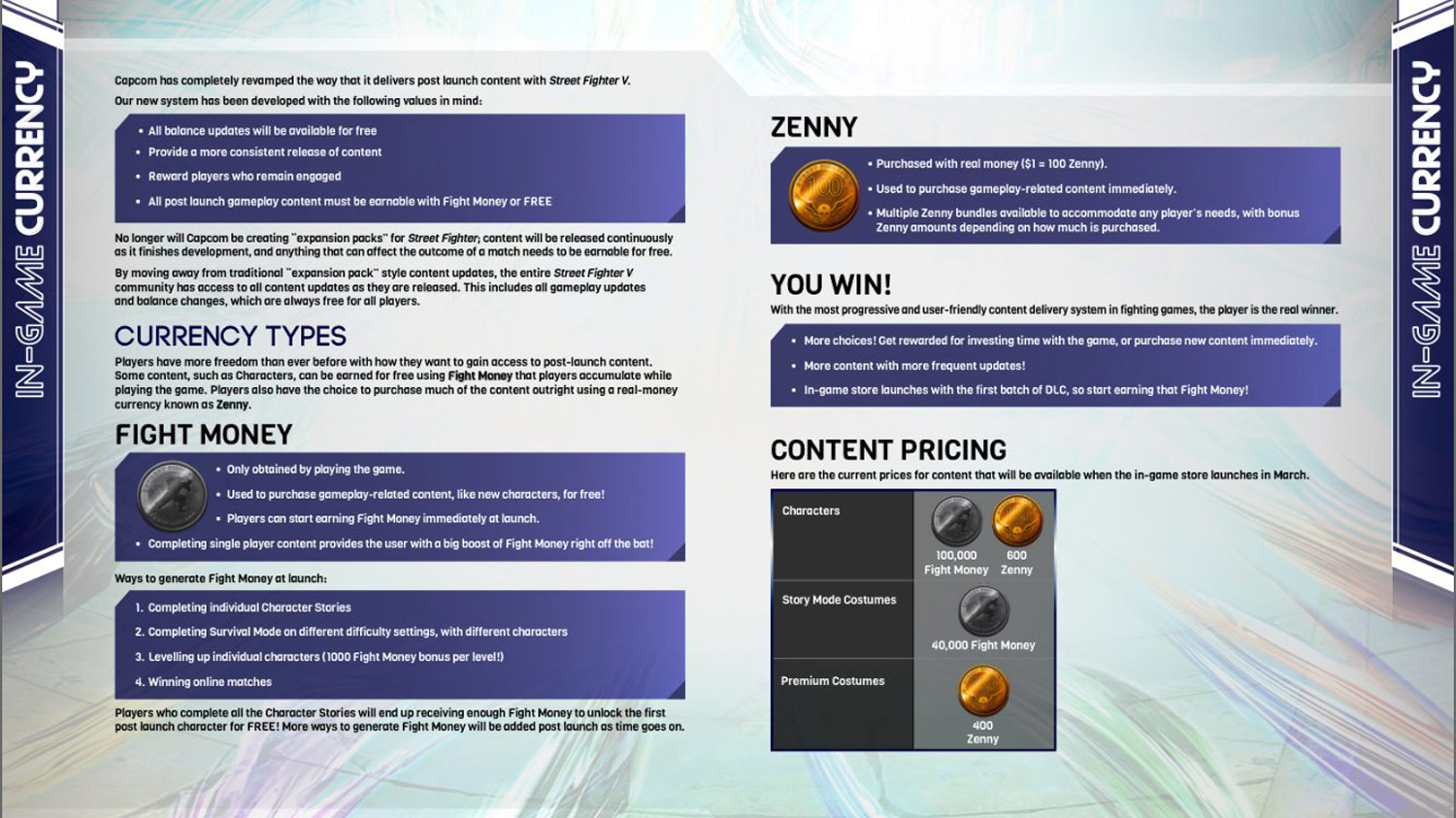 As the image above explains, the Fight Money can’t be purchased with real money; you have to earn it by playing through the game, specifically winning online matches, participating in Survival Mode and unlocking stories in Story Mode.

100 Zenny is equivalent to one real life dollar. So 1,000 Zenny equals $10. This means you’ll be spending $6 to unlock a new character if you want to pay for one instead of unlocking them.

The premium costumes will run you 400 Zenny, so you’ll have to chuck out $4 each for them.

It’s hard to see how well this pricing will work out in the long run with the way they have it setup because Street Fighter V just launched and most people are just getting their bearings, practicing online (well if you’re on PS4) and setting up their rigs to get the most out of the 60fps gameplay.

As Capcom begins to unveil new characters and add them to the roster, I’m sure we’ll start to hear more (positively or negatively) about the DLC setup and the option of unlocking the characters through gameplay or unlocking them by paying for them. Right now, the setup of paying individually for the characters is definitely more expensive than the old route, given that four new characters will run you $24, not including their costumes. The 12 disc-locked characters in Street Fighter X Tekken cost $19.99, just to give you a ballpark idea of what the pricing structure is like in Street Fighter V.

Capcom plans on rolling out a new character every couple of months up until 2017. They didn’t specify how often they’ll make new costumes available. Street Fighter V is available right now for PC and PS4.