There’s going to be a series of developer diaries for Escape From Tarkov from Battlestate Games. Their first diary covers the game’s procedural animations for the characters and weapons, as well as how realistic they’ve made the weapon designs and functions.

Battlestate is located in St. Petersburg, Russia and they’ve been toiling away for the past four years on laying the foundation for Escape From Tarkov. In fact, they start with another first-person shooter called Contract Wars.

Contract Wars was the foundation for Escape From Tarkov. They utilize real-life Russian military operatives as the coordinators and advisers for trying to capture a lot of authenticity and detail in how the game is rendered and plays. You can check out the dev diary below.

This is our first developer’s diary and it’s about animations in Escape from Tarkov. https://www.escapefromtarkov.com

Gun fetishists will absolutely love this game. The animation and weapon handling system is extremely detailed and there are dozens of animations for each and every gun, including but not limited to: checking the chamber, checking the magazine, adding and removing modifications, various reloading animations, even different ways of removing a jammed bullet from the chamber.

Additionally, everything that happens in first-person will be replicated in a third-person view. Unfortunately, the third-person world model is not the same as the first-person player model. It’s not the biggest issue but I always like it when both models share, like in Arma.

Another thing they really want to work hard with fixing is feet sliding. They didn’t want the characters sliding around like in AKI’s wrestling games back in the N64 days. They want to ensure that inertia, momentum and the movement of mass are all properly animated and depicted in the game as accurate to the real life movements of a soldier as possible.

They also explain how they utilize procedural animations for the weapons, characters and interactions, as well as showcasing how the player model and the world model interact with one another using the system, such as opening draws, doors and cabinets. It’s very impressive stuff. 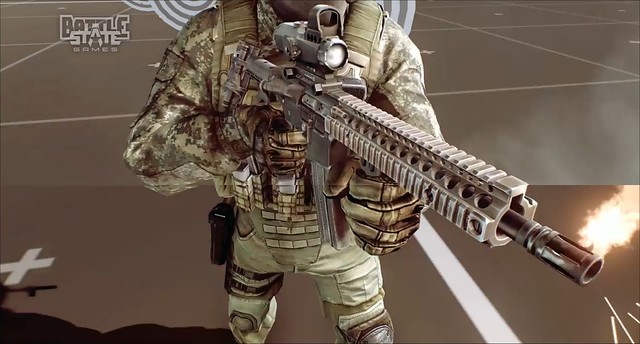 Visually, Escape From Tarkov is probably one of the best looking games currently in development for PC. It certainly puts every console game to shame that’s for sure.

I’m loving the attention to detail that Battlestate Games have implemented into the upcoming shooter, and there’s a lot of potential for this to become the breakout hit of the year.

You can learn more about Escape From Tarkov and the upcoming beta tests by paying a visit to the official website. The game is scheduled to be an online-based multiplayer title and sadly it doesn’t appear as if it will have an offline single-player mode, but maybe they’ll implement something later on down the road.