It’s unlikely that we’ll see a plethora of new Harvest Moon games on PC following Harvest Moon: Seeds of Memory, but maybe we’ll get a surprise and see something further down the line. In the meantime, Natsume seems stuck in their ways from the 1990s. In their place we have an indie developer called Wayward Prophet who has taken on the mantle of creating a life simulator set in an idyllic town called Sugar Blossom. The game itself is called World’s Dawn and it’s now available on Steam.

You can check out some gameplay footage from the 16-bit themed RPG with the launch trailer below.

The game features a dynamic village that goes through the seasons, as depicted in the trailer above. This requires players to have to put time and energy into harvesting and collecting crops within a timely manner, as well as dealing with seasonal events.

There is promised “hundreds upon hundreds” of lines of situational dialogue crafted for a unique cast of 32 different characters sprawled across the cheery lands of Sugar Blossom.

So far the feedback on the title has been fairly positive, despite the game’s limited resolution of 544 x 416. 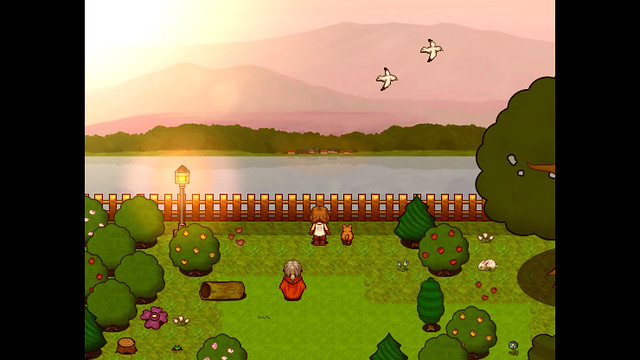 Instead of waiting for Natsume to finally make the Harvest Moon game of your dreams, you can give World’s Dawn a try and if it’s to your liking feel free to discuss some ideas for a sequel in the forums. For now, you can pick up a digital copy of the game right now from the Steam store for $12.99, but you can get for 10% off the normal price for the first week of being on sale. For more info feel free to visit the official website.

Also, if you’re still in the mood for a Harvest Moon-style game, keep an eye on Stardew Valley.