The whole point of #GamerGate was to get gaming (and media) outlets to be more transparent about disclosures and to root out corruption and politically driven censorship out of the industry. It was a tooth and nail fight that resulted in some outlets eventually conceding after months of e-mail campaigns and letters to the Federal Trade Commission. Another victim of the ethics mercenaries is VG 24/7, a video game website that previously used to include affiliate links in their articles without disclosure. That’s all changed.

VG 24/7 now includes disclosures at the bottom of each article that contains an affiliate link, as evidenced in the image below. 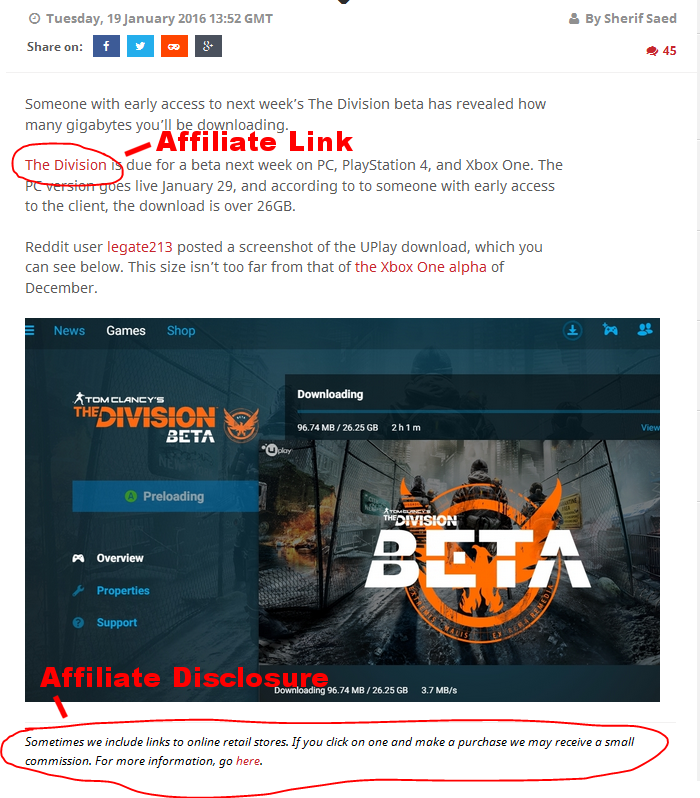 The change comes after an e-mail campaign to the FTC. However, the FTC has not rendered a verdict on VG 24/7’s undisclosed affiliate usage, yet.

At the end of November and the beginning of December, an e-mail campaign was put together on Kotaku in Action. This was directed to the FTC after the associate director noted that it was something they would be willing to look into.

After catching wind of the e-mail campaign to the FTC by #GamerGate, VG 24/7 quietly made some modifications to their articles. On November 28th, 2015 Reddit user sodiummuffin noticed that VG 24/7 added a new link in their navigation bar at the top of their articles. As pictured in the image below. 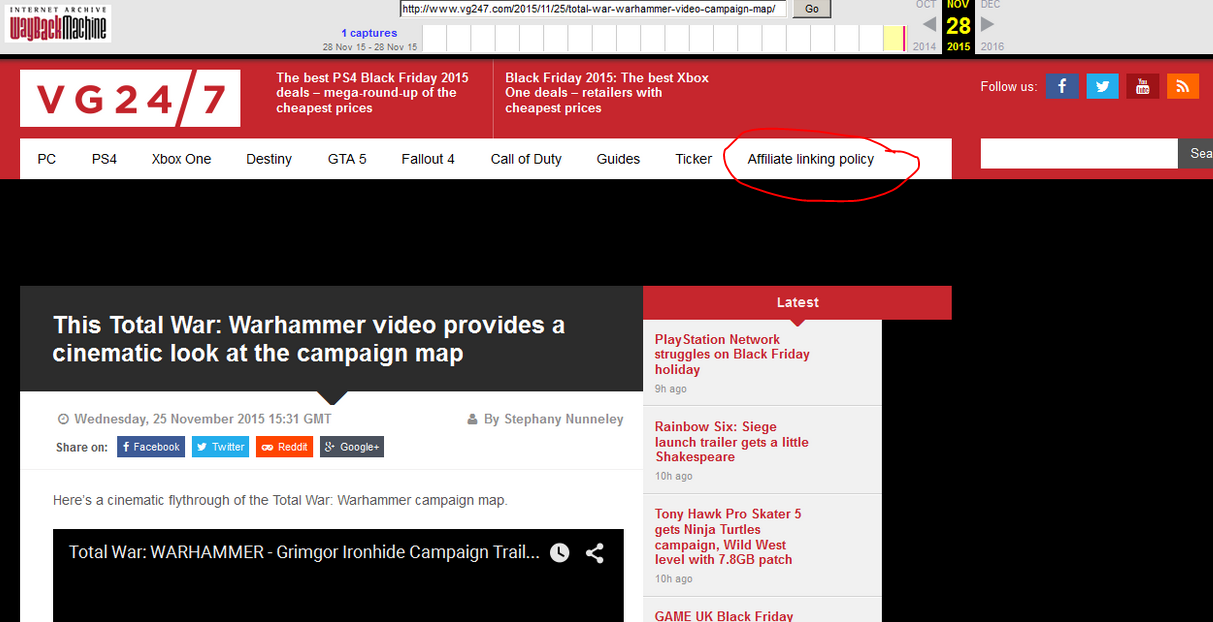 After more e-mails were sent, the media outlet eventually capitulated and added disclosure notices at the bottom of the articles that contained affiliate links, clarifying that they indeed may receive a commission from the links if an item is purchased after a click-through. The statement reads…

“Sometimes we include links to online retail stores. If you click on one and make a purchase we may receive a small commission.”

There’s a link included in the phrase that leads to a page that states that they may receive commission from a sale through the link, stating…

“You may see affiliate links on VG247.com. This means we may receive a small commission from a retailer if you make a purchase after following one of these links.”

According to the affiliate linking policy page, VG 24/7 is only an affiliate member of Amazon. The site totaled more than 7.8 million unique users and 18.2 million pageviews in November of 2015, according to a press release they issued back in December of 2015.