Bebop and Rocksteady, Armaggon and Shredder are just some of the classic villains who will be making an appearance in Platinum Games’ upcoming Teenage Mutant Ninja Turtles: Mutants in Manhattan.

A trailer was accidentally leaked – and it appears as if this poor game can’t get a proper announcement without someone leaking the assets early – via Microsoft, leading to gamers getting a glimpse at the upcoming beat-’em-up from Activision and Platinum ahead of the embargo. Twinfinite managed to get their hands on the trailer and you can check it out below.

Looks like Microsoft jumped the gun and posted a link to the trailer for the game. Sadly it was only to an ASX file but wit a little magic, you can get access to the actual file.

Some details for the game were revealed over on the /r/Games thread where it’s revealed that the game will have online multiplayer co-op between one and four players, as well as content downloads, leaderboards and voice chat.

The comic-book art-style and designs is a nice touch, with Platinum Games showing a lot of respect for the source material it’s based on. It’s almost similar to how they handled the Transformers: Devastation game, giving a nice, hearty throwback to the 1980’s cartoon. 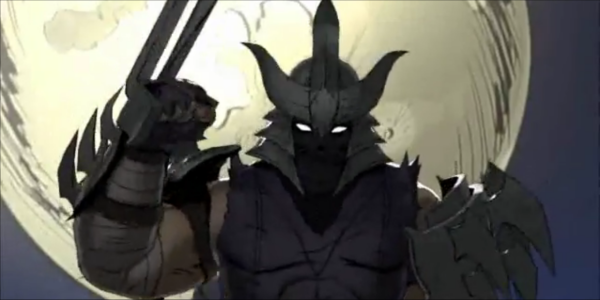 The story is being penned by IDW Comic’s Tom Waltz, so it should have some familiarity to those who have previously dabbled in the Teenage Mutant Ninja Turtles comic books. They mention that the art-style is gritty and the game has a ‘T’ for Teen rating, so I do wonder just how gritty they’ll get with the story? I actually really, really like the turtle designs with their practical armor and joint wraps. It makes them look legit… unlike those junky abominations in the Michael Bay films.

Anyway, the combat looks sleek as ever and it’s a sure mark of Platinum’s promise to fun over corporate shenanigans. It’s a shame more studios aren’t as proficient with delivering quality gameplay as they are.

Anyway, you can look for Teenage Mutant Ninja Turtles: Mutants In Manhattan to launch later in 2016 for the PS3, PS4, Xbox 360, Xbox One and PC. You can check in on the official website for more info when it becomes available.