If you stopped playing Space Engineers because you felt as if the game just wasn’t delivering enough action and suspense for your playing habits, you might find yourself being pulled back in with the new survival modification that has your character requiring food and water in order to continue to exist in the harsh environments of outer space.

The mod is made by Steam users rekcah and RobCob. The duo worked with a few other modders to bring the survival elements of Space Engineers to life. How? Well, by making it where you will need to keep food and water stored in your inventory in order to maintain your health. If they run out you will die.

The modders plan on adding configurations for starvation as well as more balance patches and dedicated server testing. They also plan on adding the source to a github repo. For now you can grab the hunger and thirst advanced life support system mod from over on the Steam Workshop.

Up next is the Space Battleship Yamato from the anime and manga of the same name. 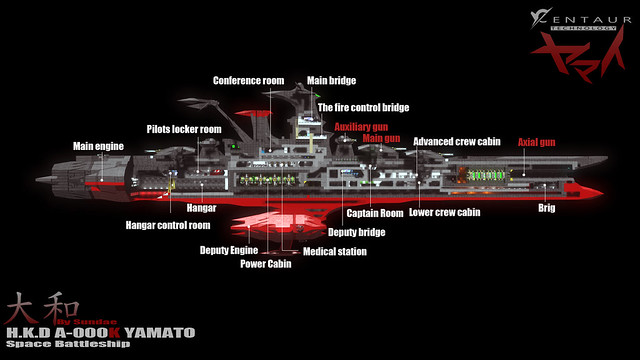 The ship was reconstructed to represent a near 1:1 scale of the sci-fi star destroyer with recreational rooms, an engine room, the captain’s quarters, crew quarters and a hangar.

The ship is absolutely massive but modder Sundae assures PC gamers that the mod will not destroy computers and runs relatively fine on a six-year-old laptop. You can see how well it runs with a video demonstration below, featuring an easily recognizable theme song. Check it out.

Space Engineers not a showcase I really recommend to you to take a look at this beautiful ship. Is very detailed from the outside and even the interior. Yamato Battleship by Sundae https://steamcommunity.com/sharedfiles/filedetails/?id=604163285 Custom Planet Praga by Doctor Octoganapus https://steamcommunity.com/sharedfiles/filedetails/?id=598385255 Music: Yamato Battleship Theme I probably have to delete this video because of copyright claims. This is just a tribute of this awesome ship.

The mod itself contains a lot of other modifications in order to get it to work right, especially for use in battle. According to Sundae you will need 15 core mods added on to have it run right proper. It also has full interiors in addition to a working MAG cannon with “mean” recoil.

You can grab the mod right now from over on the Steam Workshop page. Space Engineers is available on Steam Early Access and is scheduled at some point to arrive for the Xbox One.