Dying Light producer Tymon Smektata walked gamers through the first 17 minutes worth of gameplay footage for the upcoming DLC expansion pack for the original Dying Light called The Following. He lays out a bit of the game’s plot, some of the new gameplay features and how much new content gamers can expect to get out of the DLC. That’s not to mention that it’s a lot longer than most full version $60 games from Activision, Ubisoft and EA.

IGN managed to get the exclusive with the Techland producer and uploaded the footage to YouTube. You can check out that footage below.

The First 16 Minutes of Dying Light’s New DLC: The Following

The story behind The Following seems to be about as interesting as all the new content featured in the expansion. Apparently things in the city of Haran are getting worse, and more people are dying to the infectious virus. The player-character attempts to find the cult who is supposedly immune to the zombie virus, and will attempt to get the cure back to the people in Haran.

Things take a very strange turn when players finally meet the cult and find out what’s really going on in the outskirts of the city. It’s as much about the mystery of this supposed zombie immunity as it is the discovery of exploring a brand new location and elevating one’s skills and equipment along the way. Already I have to tip my hat in the direction of Techland for not just recycling a map and throwing in some zombies or tacking on some throwaway story just for some cheap cash. They seem to have invested a fair amount of energy and effort into this new DLC.

And just like the main game, the expansion can be played in four-player co-op from start to finish.

Smektata also reveals that the map featured in The Following is just as big as the main map from the core game, and will offer players about 20 hours worth of gameplay due to the new missions and content they added. 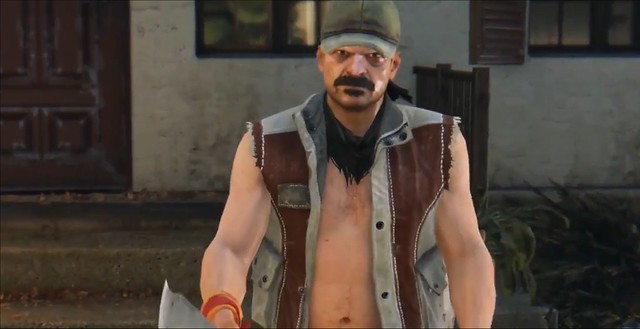 You can expect the play time to extend even further if you try out the new difficulty mode called Nightmare mode. They don’t really cover how this mode works or what makes it such a nightmare but the base game is hard enough as it is, so I imagine gamers with a masochistic streak will want to give this difficulty setting a try.

And to deal with the new enemy types and the harder-to-kill zombies, Techland introduced some new weapons to the fold, including the a silent crossbow, as well as some new high-powered assault rifles.

It’s interesting but seeing Dying Light: The Following in action gives me the impression that it seems to capture the essence of Far Cry better than Far Cry does.

Dying Light: The Following is free if you already purchased the season pass. It’s also a part of the enhanced edition for the original game. Alternatively you can buy the DLC separately whenever you feel like it to expand on the original game.

Dying Light: The Following is due for release on February 5th for the Xbox One, PS4 and PC. For more information on the upcoming content, feel free to visit the official website.