The action-oriented, gun-fetish shooter for the PlayStation Vita from D3 Publisher and Shade called Bullet Girls 2 will be available on Play-Asia starting April 21st. Pre-orders have already opened for the import of the game but you’ll have to wait until spring to get your hands on it.

The Gaming Ground noted that Play-Asia.com has updated their listing to show that the title being published by D3 will be available in April.

The game is definitely not for kids and it’s certainly not because of the violence, which is actually pretty tame. Most of the shooting is handled almost like airsoft matches, so blood and guts aren’t really on the table. However, there’s a very naughty torture aspect to the game where players will take on the role of a mock interrogator as they attempt to help train the girls to endure different forms of torture.

The idea of training young ladies to endure torture doesn’t sound all that risque just until you realize that you can stuff things in orifices and strip them naked and fondle them all over. It’s a crazy mix of school girl fan-service and gun-porn. 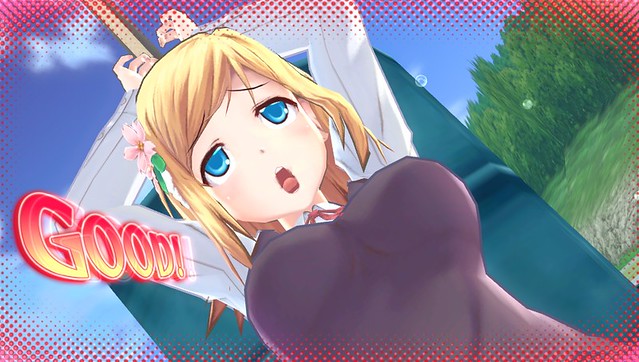 Speaking of guns… the game has a vast selection of different weapons in which players can outfit the girls with, ranging from a wide variety of handheld pistols from America, Germany and France, to high-end assault rifles and rocket launches. Whether you’re into torturing young girls to the point of orgasm or not, you might still enjoy the game’s vast selection of different guns.

You can look for Bullet Girls 2 to launch for the PS Vita in Japan this spring. The version on Play-Asia is available for the PS Vita for $56.99. Yeah… it’s not monetary walk in the park. The game will work on all versions of the PS Vita the world around, so you don’t have to worry about region restrictions. Your only hold up is that the game is in Japanese so you’ll need to brush up on your ability to interpret moon runes if you want to know what’s going on.

You can check out the listing over on the Play-Asia website if you plan on pre-ordering or keeping an eye on the game when it becomes available on April 21st, 2016.