Koei Tecmo and Square Enix have been reveling in a lot of positive user reviews and praise from the gaming community over Dragon Quest Heroes. The game is currently available for both PC and PS4 and there are complete gameplay walkthroughs available covering each and every stage in the game.

The game is designed to play like Dynasty Warriors but the concept of the level designs and enemy logic are mirrored after tower defense games.

Players will battle through mostly small maps, battling a variety of enemies while also capturing them to later strategically use them against other foes in combat. Think Pokemon meets Dungeon Defenders.

YouTuber MrRertro91 has a walkthrough series available covering the game across 34 different videos and each of the game’s maps and bosses. You can check out the walkthrough below.

There are some tips and strategies on how to outfit the characters, how to defeat certain enemies and how to utilize some of the game’s more complex game mechanics.

Using the Monster Medals is one of the core functions of the title, as players can set down a monster or a group of monsters to help during combat using the Monster Medals after capturing them during battle. For different enemies there are different monster combinations that help better than others. The video walkthrough series gives gamers an idea of to best utilize the creatures on the battlefield.

As highlighted in the series, there are some monsters that require different strategies to defeat than others, such as the Gigantes, which requires using the specially placed turrets to damage his eye in order to chip away at his life. 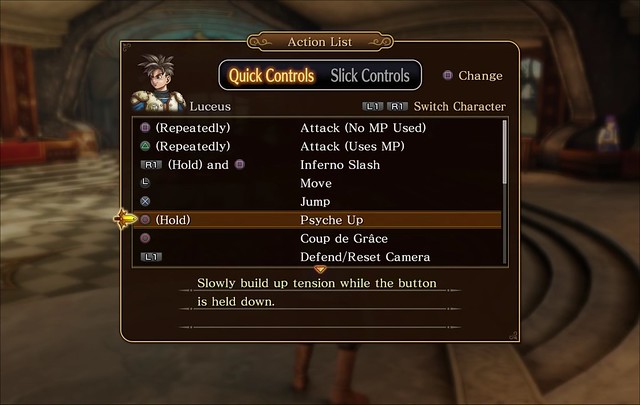 Some of the levels also contain various conditions that alter how the battles will play out. For instance, during some levels there are stage conditions such as the sinking sand, which will impair the movement of the player characters while also swallowing up enemy NPCs as well. There are various counter-measures and items that can be utilized to help overcome some stage hazards while also using them to an advantage to inconvenience the enemy AI.

If you enjoyed a game like Hyrule Warriors on the Wii U, or you’re an avid fan of the Dynasty Warriors series, Dragon Quest Heroes isn’t a bad way to go. The game has been approved by the Glorious PC Master Race given that it runs smooth and steady at 1080p and 60fps without a hitch, and PlayStation gamers seem to enjoy it.

The game is available right now both at physical retail outlets and via digital distributors.