Cliff Harris, the game designer who heads up Positech Games – the makers of titles like Big Pharma, Democracy and Gratuitous Space Battles – took to his blog to talk about a very important issue: regulation.

Cliff Harris goes by the nickname Cliffski and has a recent blog post titled “Hi, I’m from the games industry. Governments, please stop us.” It covers a topic many gamers – both hardcore and casual – are well aware of in the interactive entertainment space: aggressive advertising and micro-content addiction.

Some of you might be aware of the constant invasion of ads from various companies and the money-baiting tactics by mobile publishers who essentially sell mobile gamers the opportunity to repetitively click through derivative gameplay screens at the micro-costs of $0.99, $9.99 or $19.99 worth of in-app purchases.

According to Harris it wasn’t the mobile gaming sector that tipped him over the edge, but Cloud Imperium Games’ Star Citizen…

“I am not a big fan of government regulation in general. I am a ‘get rid of red tape’ kind of guy. I actually oppose tax breaks for game development. I am not a friend of regulation. But nevertheless.

“[Star Citizen] is way behind schedule, and is of course, not finished yet. They just passed $100,000,000 in money raised. They can do this because individual ships in the game are for sale, even though you bought the game. I guess at this point we could just say ‘A fool and his money are soon parted’, but yet we do not do this with gambling addiction. In fact we some countries have extremely strict laws on gambling, precisely because they know addiction is a thing, and that people need to be saved from themselves.”

He goes on to point out the infamous Evony ads that lured many a young male to click through thanks to heavy cleavage and failed super models plastered all over the 300 x 250 ad. He points out the effective but often criticized Game of War: Fire Age marketing starring a successful super model, Kate Upton, and he points toward the aggressive marketing campaigns these companies use to lure in customers.

One thing that stood out is the quote he picked out from Touch Arcade article featuring a marketer talking about the psycho-marketing techniques utilized by ad research firms to find out how their customers tick, where it states…

“We take Facebook stalking to a whole new level. You spend enough money, we will friend you. Not officially, but with a fake account. Maybe it’s a hot girl who shows too much cleavage? That’s us. We learned as much before friending you, but once you let us in, we have the keys to the kingdom.” 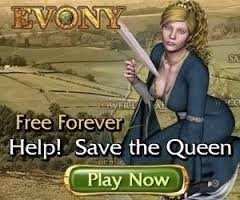 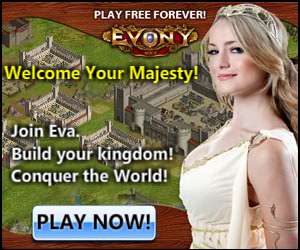 Harris makes some salient points about the the rising tide of addiction, the slide from what used to be fun into a form of baited clicks at the cost of real life coins for nothing more than a few more baited clicks. It’s an inherently bad problem with kids – especially under-18 adolescents in South Korea and China, according to reports from media websites like Business Insider and the Telegraph.

Harris goes on to state…

“Modern advertising is so powerful we should be legislating the crap out of this sort of thing. How bad do we let it get before we get some government imposed rules?

“Maybe [games described as addicting] isn’t such a positive after all. Maybe we need to start worrying about if a game is actually good, rather than just ‘addicting’. Maybe we need people to step in and save us from ourselves. We are basically still just hairless apes. We do not possess anything like the self-control or free-will that we think we do.”

It sounds like something out of a dystopian novel about a strict, totalitarian society. However, that’s the situation some Southeast Asian regions ended up in. However, there’s a lot of psychological and societal nuances that play into that addiction – many kids just want to escape the strict pressures put upon them in today’s competitive society. 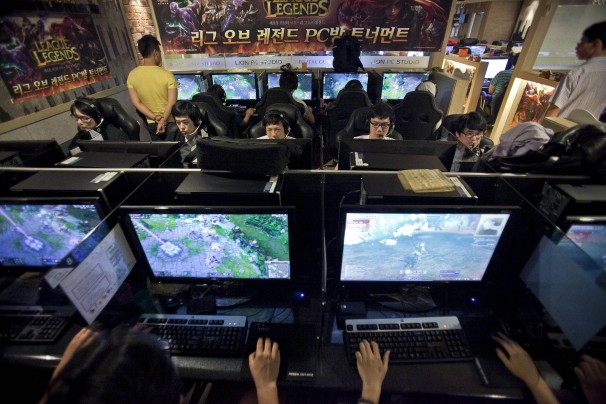 Harris ends the post on a note about “saving us from ourselves”, indicating that maybe regulation may not be such a bad thing.

Some of the commenters took offense about his inclusion of Star Citizen amongst click-bait games propagated on Facebook and mobile phones, while others felt it was a cheap shot because Positech isn’t as successful as Cloud Imperium Games.

The interesting thing about it is that Star Citizen is selling promises with chunks of those promises partially fulfilled with playable but buggy modules. But is it really selling addiction like King and Candy Crush Saga? Are they actually promoting click-bait micro-content with games like Game of War: Fire Age? Or Supercell’s Clash of Clans?

Interestingly enough, Star Citizen’s marketing is done mostly through the Roberts Space Industries website and the grassroots campaigns put together by the community, much in the same way that Slightly Mad Studios received majority of their marketing through community-made trailers (many of which were better than AAA trailers from top name publishers) and batches of publicly released community screenshots. 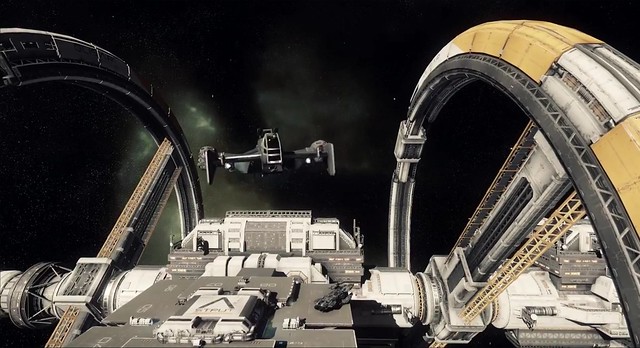 However, the lure of bringing a seemingly larger-than-life game into reality like Star Citizen has proven to take its financial toll on some gamers. While someone like Ozy311 can spend $30,000 without breaking a sweat, others have claimed that some people have spent more than what they should on the game and have found themselves in dire financial straits, as highlighted in a thread over on the Star Citizen sub-Reddit.

The interesting thing about it is that there’s no real clear answer to this problem. If Star Citizen becomes a reality it was only because of the enthusiasm from crowd-funding. If crowd-funding becomes regulated what happens to projects like Star Citizen? If it fails it’s a lesson learned, if it succeeds it makes history.

As for click-addiction mobile games… it’s a harder problem to solve than one might think. Some people genuinely think the game is good. Some people enjoy playing it between breaks. How much addiction is too much addiction and if someone is happy with what they’re spending on the game, should regulators actually step in when capitalism is working as intended?