The Season of Infamy DLC for season pass holders is now available, featuring four new story-oriented missions, the 2009 Batmobile from Batman: Arkham Asylum, the 2008 Batsuit from Christopher Nolan’s The Dark Knight, a special Rocksteady skin for the MK.II Batmobile and some crime fighter challenge packs.

Blues posted the press release where it states…

“Play as Batman in the Season of Infamy: Most Wanted Expansion, protecting Gotham City from an invasion of legendary Super-Villains. Fight back against The Dark Knight’s biggest foes in four separate missions, with all new story arcs featuring DC Comics characters The Mad Hatter, Killer Croc, Ra’s Al Ghul and Mr. Freeze.”

The DLC for the season pass was released for home consoles and PC with a promo trailer that you can check out below.

Play as Batman in the Season of Infamy: Most Wanted Expansion, protecting Gotham City from an invasion of legendary Super-Villains. Fight back against The Dark Knight’s biggest foes in four separate missions, with all new story arcs featuring DC Comics characters The Mad Hatter, Killer Croc, Ra’s Al Ghul and Mr. Freeze.

Warner Bros turning off the comments to avoid being flamed for releasing a broken product? That’s like Twitter censoring people from pointing out that Sarah Butts is known in some circles as being an incestuous pedophile.

Anyway, Mr. Freeze’s enviro-suit actually looks really cool. I like the way some of the designs of the characters are implemented into the game with story-oriented aesthetics. Mr. Freeze’s suit is in direct relation to the events that occurred in Batman: Arkham City.

One of the biggest additions to the Season of Infamy DLC is that Rocksteady Studios managed to include the 2008 Batsuit that Christian Bale wore in Christopher Nolan’s film The Dark Knight. The really crazy part about it is that according to game director Sefton Hill, it took the crew from Legendary Pictures 16 through 18 weeks to build the suit from scratch. It took Rocksteady several weeks to translate every “nut and bolt” into Batman: Arkham Knight. 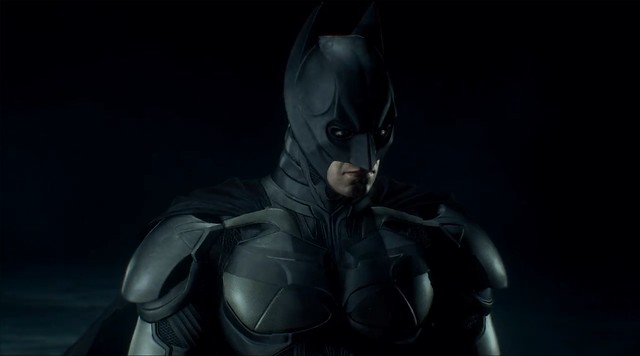 It would be pretty cool driving around in the Tumblr with the 2008 suit, doing the Wonderland, Beneath the Surface, Shadow War and In From The Cold missions. Talk about serious Batman role-playing.

Anyway, this DLC looks pretty cool and if WB Games didn’t screw the pooch by ravaging the rectum of the Glorious PC Master Race with a piss-poor port of Batman: Arkham Knight I’m sure a lot of gamers would be reeling at how much cool content is included in this latest DLC pack. However, greed got the best of Warner Bros., and instead of listening to QA and delaying the game for PC so that it could be a right proper release, they decided to push it out onto the market and suffer the consequences of more negative reviews than all of Adam Sandler’s and Steven Seagal’s latest movies combined.

If you have the season pass the Season of Infamy DLC is available right now. If you’re playing on PC, Warner Bros., is still trying to fix the game like surgeons are still trying to fix Mickey Rourke’s face. The latest update fixes some graphical corruption and other effects plaguing the PC version. You can check out the latest changelog over on the Steam update page.

Maybe next time Warner Bros. Entertainment will listen to the QA testers, instead of throwing out a broken game and getting spanked in negative user reviews and refunds all year long. And then they won’t have to disable comments on the YouTube page.