There’s a lot of praise to go around for Games Workshop, Focus Home Interactive and Rogue Factor’s Unity 5-powered turn-based strategy game, Mordheim: City of the Damned. The game has successfully exited Steam’s Early Access and has been receiving a lot of praise for its punishingly fun gameplay and uncompromising depiction of Games Workshop’s dark and brooding Mordheim tabletop spin-off from the Warhammer universe.

Mordheim: City of the Damned sees players recruiting units, growing their Warband from a number of iconic tribes and factions within the Warhammer universe and battling it out against various forces with unfettered results. The game’s permadeath feature for units means players have to think smart and tactically when engaging in battle and adds a lot of weight to the gameplay when a beloved hero falls in battle.

You can check out the launch trailer for the game below.

Mordheim on Steam: https://store.steampowered.com/app/276810/ Register on the official website: https://mordheim-cityofthedamned.com/ Follow us on Facebook: https://www.facebook.com/mordheimcityofthedamned Follow us on Twitter: https://twitter.com/Mordheim_COTD Set in the Warhammer world’s decimated Empire city, Mordheim: City of the Damned is a turn-based tactical game where you lead Warbands into bloody and lethal skirmishes.

The added option of playing online against other players also increases the game’s appeal in addition to having temporary and permanent injuries that units can inflict on enemies and receive from enemies.

III/JG11_Simmox had a far less complex review than his name, calling it “brilliant” and rolling out heaps of approbation for the game’s concept and design, writing…

“What a breath of fresh air this is. A game that doesn’t cater for the meek or lack of willpower fairly intense learning curve but not so much as to drive you insane once you grasp the concept of the gameplay and start to understand the tactics used to survive in the brutal city it becomes very addictive

“the injuries,the carnage,the destruction,the trinkets , its warhammer combined with some D&D elements this game has it all”

Happy was happy about the game, calling it a “breath of fresh air” and felt the game’s premadeath and permanent injuries were enough to keep the game new and unique as a play experience, writing…

“the best part of mordheim is supposed to be the multiplayer, all i can tell you is that the singleplayer is kind of a dream come true for me; it can be endless(really) always will be balanced(difficulty does not come from ennemies strength but from the random environment, placement, strategy used and optional goals you may decide to go for), permadeath/permawounds is perceived as fresh air and opportunity to get your involvement back up” 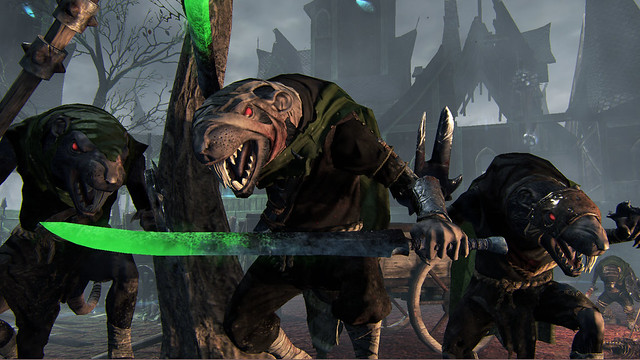 Vexing Vision notes that the initial disappointment he had with the game back during the Early Access phase had diminished after the game officially launched and that the experience is “fun”, writing…

“While there’s only four warbands, there’s plenty of opportunity with different weapon styles and skillings to build your own unique troop. And every battle counts, every engagement could end badly for you.

“The AI isn’t very good, but it gets lucky every now and then and manages to outflank you, so there’s still a considerable risk. Mordheim teaches humility – like when your Matriarch tank loses her shield arm and can’t enter Parry stance anymore, rendering her completely useless as a tank. And replacing her from the scratch will take a lot of time and training you might not have, as your commander expects a large delivery of warpstone soon!”

Samhain Jay didn’t have anything to extol the game about in regards to gameplay and features, the review was about the game’s developer, Rogue Factor, writing…

“If you run into problems or have suggestions the devs will listen and reply to many comments. That in itself is a reason to support this game, knowing it has a very active team commited to giving you the best experience with their product.

“When you have devs commited to serving the community you get great early access games you can count on and City of the Damned is one of them.” 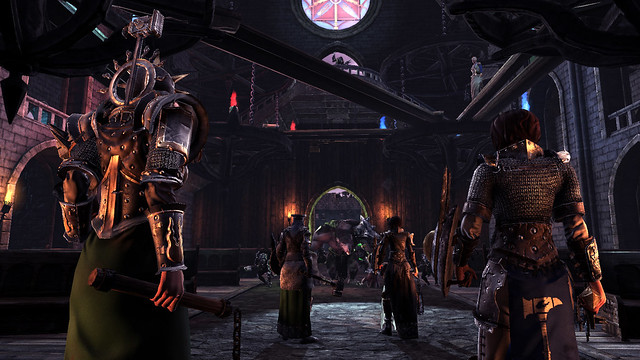 Not everyone is feeling the hard-as-nails gameplay and the permanent loss of their Warband. With more than 134 hours on record, Heathen69 wrote…

“The developer decided to make the game a permanent “hard-core” mode, meaning there is only autosave and closing the game during a battle (or the game crashing) will leave your warband in a devastated condition (wounded, missing equipment,probably even dead).

“So IF you allready play the Tabletop game and like it: buy Mordheim:Cotd. But as for now I wouldn´t recommend Mordheim: CotD to casual gamers because of the formentioned “Perma Hard-Core Mode”, the game might proof to be to frustrating and time consuming to build up even your first warband.”

Mortalmaster85 was in the same boat, feeling as if the game was just too hard to recommend…

“I really wanna love this game but REALLY?!?> Ive never written a review before, but this game is out of control! I dont mind a challenge but most of the campaign misssions are impossible even when labeled “Normal”. Normal is RARE btw even starting out.”

“Theres just far too many RNG influences in the game that take the overall result away from the players control, it feels as if no matter how good or bad you play the result is mostly decided from the initial starting positions, if I get the jump on the enemy I’ll win, if I don’t I’ll lose. That wouldn’t be so bad if “getting the jump” involved pulling them into an ambush but it doesn’t, it involves getting lucky enough to start in useful positions.”

With 236 hours on record, Cub seemed to sum it up best, noting that people who love a challenge, building their own squads, micromanaging skills and getting totally engrossed in the game will have a love-hate relationship with Mordheim that’s more love than hate…

“Mordheim: City of the Damnit will make you break your computer. Your dice will always fail. Your best fighter is gonna go down HARD in some of the most gut wrenching ways. And after you piece the broken parts of your computer together, you will realize just how much you love it!”

“The amount of progress this game has had since the release of Blood Bowl 2 is staggering. There are positives, there are negatives, but ultimately, this is a title that will please big fans of Final Fantasy Tactics, X Com, Disgaea, and Total War.”

The game is available right now for $39.99 over on the Steam store. You can learn more about Mordheim: City of the Damned by paying a visit to the game’s official website.