Mixed review scores always make it tough to determine where the game stands in the grand scheme of of its quality and worth. In the case of EKO Software’s How To Survive 2, which is being published by 505 Games, it’s a game being praised for its new upgrades and features over the original game, but many users also felt the game’s buggy state detracts from the experience.

How To Survive 2 allows players to customize their own character and survive in a zombie-infested wasteland. Players will have to scavenge for food, water and supplies to stay alive. The game’s Early Access version lets players level-up to 30, interact with physics-based objects, acquire 20 different weapons, and craft up to 70 different items. The game will be in Early Access through 2016 and will maintain the same price of $19.99 when it launches. The biggest new addition to the game is the multiplayer mode for up to 16 players.

You can check out a gameplay video for the game below, courtesy of Blitzkriegsler.

Welcome to How To Survive 2! In this episode of How to Survive 2, we will take a brief introduction in to the game’s gameplay!

Despite the game seeming to have a lot of great promise, some users are warning away other gamers from playing the Early Access title due to shoddy controls, bugs and a lack of proper questing. Spazfrag writes…

“Avoid for now. This will no doubt be a game worth playing at a later date, but for now it far too broken in the wrong places to be properly enjoyed – even as an Early Access title.

“Over all this is a pretty rough release at the moment. Only for die hard players that aren’t put off by bug ridden frustrating gameplay with confusing design.”

Konahrik agreed with Spazfrag, detailing a number of issues with the Early Access, but still feeling it has potential in the long run, writing…

“The game is currently “Early Access” so they are open to ideas, suggestions and improvements and hopefully this game will not turn out to be a half-♥♥♥♥♥ game.”

InsaneMeeM didn’t mind the glitches and hiccups in the game, acknowledging that it may be in Early Access but it’s still fun, writing…

“Yes, it’s early access, but it’s 20% off through the first week, and it’s one of the best early access games I’ve played. Despite its glitches, it’s an entertaining zombie game for anyone who likes survival games.”

“User interface is much cleaner than in the original, but I do think you guys should add a pause menu that actually pauses the game. Kind of frustrating when I pause to get a soda and come back to a horde near me.” 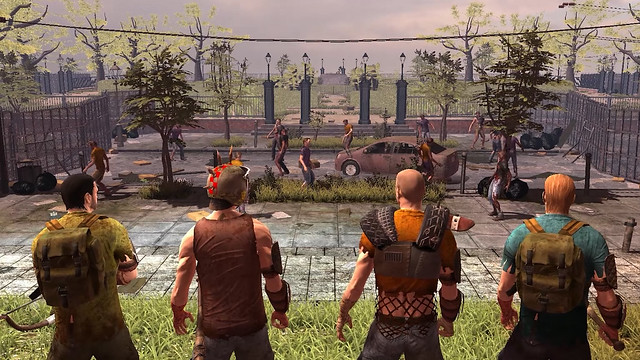 RazzGurl offered an enthusiastic summation of the game but still warned gamers away who feel as if an incomplete game going through the early trials of Early Access may not be for them, stating…

“potential is definitely there! if you enjoyed the first one then support the devs with the sale of 15 bucks! butttt if youre wanting the full game experience wait! simple as that!”

[RIE] Grimes rolled out the same sort of advice, telling gamers that How To Survive 2 has a lot of potential but it might be best to wait until it’s in a more finished state, writing…

“Overall the game so far plays well, there is room for improvement but it is to be expected from a game that is Early Access. So if you are looking for a near finished game then avoid this for now because you will end up disapointed and probably asking for a refund but if your like me and don’t mind a few bugs here and there then I’d recommend this because if the first game is anything to go by then this will end up being bloody awesome.”

The multiplayer, crafting and character customization has been praised greatly, but the controls, bugs and clipping issues were not very welcomed amongst the critically observant crowd.