Apparently supporting a game that’s no longer coming to a region because the publisher wants to avoid all the political nonsense surrounding gender politics is now a bad thing. Popular import e-tailer Play-Asia came out and made a statement supporting Koei Tecmo and Team Ninja’s Dead or Alive Xtreme 3, a sexually suggestive beach volleyball game for the PS Vita and PS4. However, game journalists, former game journalists and some recognized names in the gaming industry have threatened Play-Asia with blacklists.

Koei Tecmo decided to avoid releasing the game in America due to all the gender warriors attacking games that don’t depict females the way they want. Play-Asia will offer imports of Dead or Alive Xtreme 3 for gamers in the West.

The tweet that the company sent out was as follows…

#DOAX3 will not be coming to the US due to #SJW nonsense. However, we will have the English Asia version available: https://t.co/u03t7NC3RU

And here’s a backup just in case the pressure gets to them and they fold in under.

By using the term “SJW” – a “Social Justice Warrior” – they incurred the wrath of various usual suspects and a few people you may not have expected to see standing against a free market. 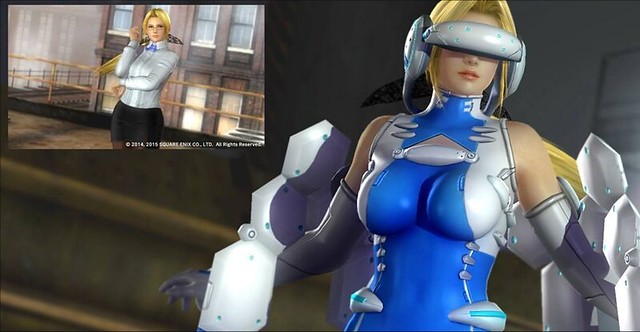 Before getting to their responses, one user claimed that perhaps it wasn’t SJWs to blame for Koei Tecmo pulling the release of Dead or Alive Xtreme 3 in the West, with Shivam Bhatt [backup] stating…

“heya social media guy, the publisher chose to not put it out on their own. no one has complained, so let’s not scapegoat folks.”

“if folks are going to blame “sjw nonsense”, at least prove that it exists.”

Actually it’s everywhere. All Koei Tecmo needs to do is look no further than Google. Heck, their previous Dead or Alive 5: Last Round had critics hammering the game on the gender politics issue.

In the above link for Google that’s just a general search for “video games sexist”. A couple of those are from 2015. You can also try phrases like “toxic masculinity” and “fighting games sexist” to get bombarded with various articles attacking the industry up and down throughout the past couple of years.

If you narrowed the search to just 2015 you would be flooded with all sorts of examples from media outlets in the West decrying everything from the old Tomb Raider games to Super Mario to Dead or Alive being sexist in some way or another.

To address Bhatt’s imposition, the Google search results and the critical response to DoA 5: Last Round show that there is a lot of non-stop gender political debates within the gaming industry and it has affected game studios, mostly by altering content or removing features, like in Blade & Soul’s case. The censorship tab on this site alone will give you an eye-full of examples.

There’s even the bizarre case of the GamersGate executives jumping ship after being harassed for being mistaken for GamerGate.

But even more than that, just further down the Twitter thread of Play-Asia’s post, former game journalists from large outlets like IGN and GameSpot were found threatening to stop supporting Play-Asia for them openly supporting gamers who want to purchase Dead or Alive Xtreme 3. It’s insane. A former IGN writer, Carolyn McDowell, tweeted the following…

I know many people with industry connections to @playasia who will be re-assessing and examining their contracts/agreements shortly.

[Update 11/26/2015: Carolyn McDowell has retracted the above comments and clarified her intentions]

A former GameSpot writer, Kevin Vonord, also made it known that he was no longer supporting Play-Asia with the following Tweet…

And so @playasia ensures I'll never buy anything from them again. https://t.co/Z1fgHo35C6

A novelist and indie interactive writer just came out in a Tweet and said Play-Asia was going on his “blacklist”.

Right. @playasia is definitely going on my blacklist.

PC game critic Nathan Cocks who formerly wrote for PC PowerPlay magazine didn’t hold back on making it known that Play-Asia was no longer going to be receiving his patronage, writing on Twitter…

.@playasia Well that's one helluva a way to lose a customer. Won't ever be using your service again.

How To Lose Friends And Influence Nobody https://t.co/GNKoNKj32n

Essentially, these former (and current) journalists and critics literally just proved Koei Tecmo right in their decision. Even without releasing the game in the West they’re already attacking and circling those supporting boob physics and virtual bikini slips with social justice pitchforks and ideological torches.

They’ve become a destructive hate mob masked under the banner of “social justice”.

For now, Play-Asia is holding their ground but who knows how long that will be? If gamers speak with their wallets it will most certainly help speak volumes above empty threats and veiled attempts to blacklist a distributor focusing on niche imports.

If you also want to continue to support Koei Tecmo or make your voice heard, feel free to join the e-mail campaign organized over on Kotaku In Action to let them know, as a gamer, how you really feel. Alternatively you can still import Dead or Alive Xtreme 3 through Play-Asia.com.