Star Citizen’s Chris Roberts On #GamerGate: I Believe In Ethics In Journalism

For whatever reason Star Citizen has been a punching bag for the gaming media. You don’t have to look far for a hit-piece about the game being a “buggy mess”, as noted by Wired, and you don’t have to look far to find attacks about the financial structure, development and end goals for the game from people like game designer Derek Smart. For whatever reason, a portion of people within the games industry and media sector don’t like Star Citizen. Apparently that also includes former employees who worked on the game.

The Escapist [backup] recently published an article on October 1st, featuring comments from current and former employees from Cloud Imperium Games about the impossibility of Star Citizen ever being finished. Phrases like “toxic environment” were thrown around, and some staff were accused of using racist, bigoted language. There were also accusations about mismanagement and poor spending.

The comments from the employees were mostly aimed at giving fuel to a fire that burns in the hearts of anyone who feels as if Star Citizen needs to fail.

Chris Roberts, the head honcho over the project responded with a very lengthy letter on the RSI website [backup] where he expressed disappointment in The Escapist, noting that the site is oftentimes considered in alignment with #GamerGate. He lamented the fact that they would publish what he considered as a “hit piece” against Star Citizen. He did note that he’s neutral to #GamerGate but does believe their fight for ethics in journalism, writing…

“I’m a gamer. I am making a game that gamers have overwhelmingly said they want made, to the tune of almost $90M and rising! I believe in ethics in journalism. I also believe in being inclusive to all and not being abusive to people in person or online. I don’t support either side [of GamerGate] because I believe it’s too polarizing but I believe we can do better, as gamers, as journalists and as human beings.”

The Escapist did reach out beforehand to Roberts Space Industries and Cloud Imperium Games, giving them a day to respond before publishing the article. However, the drafted rebuttals and responses were not included in the initial article published on The Escapist. Roberts decided to take pieces from the article and respond to them in the public letter. The chairman wrote…

“We are a very public project and rely on the goodwill of gamers to exist. Having a negative article that includes the views or comments of a small number of disgruntled ex-employees with their own opinions on whether things were run well or not, especially when they will be shielded behind anonymity, could give people an impression of the project and company that is 100% false, especially if we are not part of the story”

It is true that the project is very public. There are updates just about every week detailing the progress of each module, the design of the assets, the art, the code, the engineering and the multiplayer. It’s about as transparent as can be save for the lack of a printed stamp of each employee’s pay stub.

Roberts goes on to state…

“I know that this kind of material is great for clicks but you also have to remember that we are talking about the jobs of 261 people and numerous contractors.

“Here you have a 100% gamer funded project on the PC, a platform that almost every publisher ignored or pushed crappy console ports to and you have a game in a genre that everyone said was dead to a level that no publisher would dare to – and you want to harm it? Shouldn’t the press be cheering on these kinds of games? The gamers spoke. They wanted something as big and ambitious as Star Citizen.” 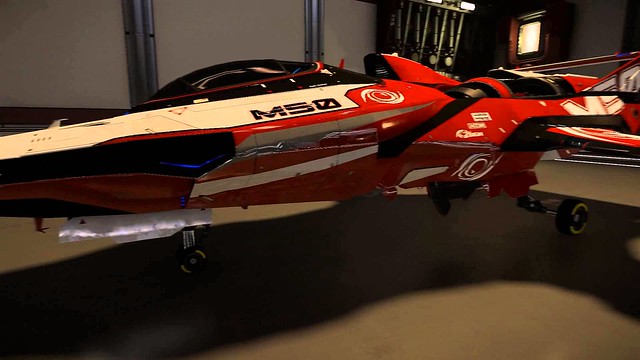 Ironically enough, none of the people speaking out in The Escapist piece seem to address the fact that in the AAA sector there is nothing like Star Citizen and that there are no games currently aiming to do what Cloud Imperium Games is attempting to do.

I suppose many fans of the space sim genre would be okay with so many people wanting to see Star Citizen fail if they at least had viable alternatives, but the only ones that come close are still far from perfect, including titles like Elite: Dangerous, Everspace and Limit Theory, all of which are still in development in some capacity.

According to the ex-employees in The Escapist piece, they claim that Cloud Imperium Games burned through all their funds and that they only have $8 million left, with one of the anonymous individuals stating…

“They’ve spent $82 million dollars, and what is there to show for that? There’s a demo, a racing demo, a single first person shooter level, and an area where you can walk around. For $82 million,”

As noted in the article and by Roberts, no one seems to have any evidence to show that that’s the case, and that’s not to mention that it’s only been two years of development on what many would consider to be an AAA level title. If the game still has nothing but three demos five years into development, then panic should set in.

Derek Smart did try to vouch for an independent auditor to come in and publicly assess the financial assets of Cloud Imperium Games; it’s something that maybe Roberts should consider to at least quell some of the controversy over how much they’ve actually spent up to this point.

Another anonymous individual claimed that it was all about spending money on commercials and not making a game, writing…

“We were always building towards the next event,” […] “It wasn’t about making a game. it was about a flashy demo for Gamescom, or PAX, or the next commercial. It never felt like they were trying to make a game, as much as digital spaceships to sell.”

I may not be a backer but common sense at this point has shown me that there’s more to play right now and more content that’s been shown off than what DICE and EA have showcased with Star Wars: Battlefront. We’ve seen multi-crew demos, and the arena commander mode, hangar and social module are playable at this very moment and all three have higher quality assets and functionality than most AAA games on the market right now. Objectively speaking if it was about building towards events and spending money on commercials, there wouldn’t be anything playable at this point.

Weirdly, even with the playable demos and the distended release – and honestly the most egregious thing CIG and RSI have done so far is not let people know up front that this game would likely take five  years at the minimum to complete – some of the anonymous [ex] employees stated that the whole thing felt like a con, writing…

“Fans would come into the studio, and I wanted to be like ‘Dude, run. Take your money and run.’ I felt like I was part of a con,” […] “This could really severely damage crowdfunding, at least for games. Who’s going to want to do that again? People will look at everything and think ‘but what if it’s another Star Citizen?'”

A con is a scheme to get money for offering nothing in return.  Things like Crash Override Network or Rebel Game Jam? if they haven’t produced anything but have taken money then you’ve just been conned.

So far there are playable demos of Star Citizen so the whole con bit makes no sense given that lots of people from around the world have put in time and energy to create something that people are experiencing right now. No, the proper term they’re looking for is “pipe dream”… that seems more appropriate to what they’re talking about. 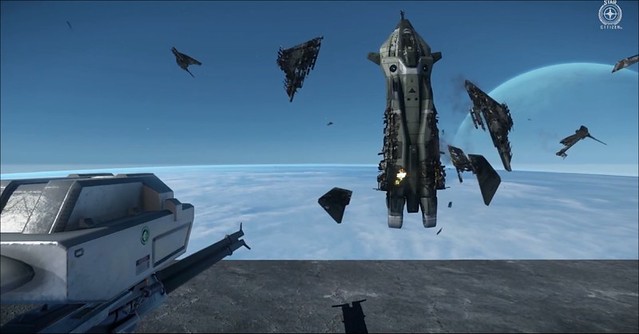 If Star Citizen succeeds it becomes a historical triumph in the world of interactive entertainment. Chris Roberts will have graduated from legend status to the mythical god-tier status in game development. Perhaps there are some who don’t want Roberts or Cloud Imperium Games to reach that status, perhaps this is turning into something out of an Ayn Rand novel or Ken Levine’s BioShock games; maybe there are those who don’t want Roberts to become the Andrew Ryan of space simulators… or maybe they want to control “Rapture” for themselves?

Whatever the case, it disappoints me as a gamer that they can’t get to finishing the Star Marine module and the persistent universe module because the developers of Star Citizen are embroiled in needless drama. Unless someone has evidence of wrongdoing or illegal activity, it seems like a lot of hot air. 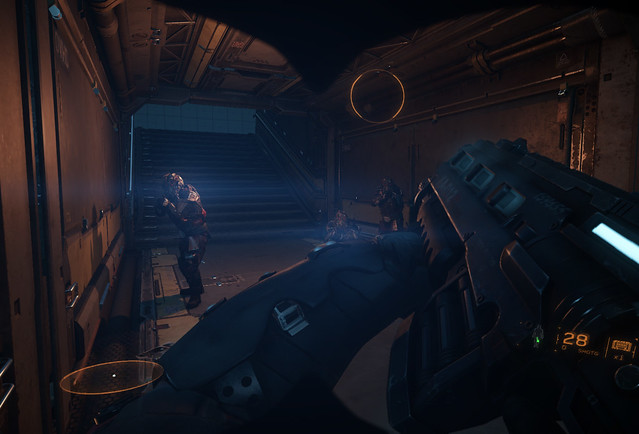 One thing that game designer Paolo Munoz mentioned during the SPJ event in Miami, Florida is that “Gawker destroys lives”… a phrase that shortly sums up how click-bait style outlets attempt to stay relevant by any means possible, even at the expense of someone else’s life. That phrase stands as an antithesis to the very fact that journalism can actually be used to help lives.

Within the gaming arena alone, without media journalism many Kickstarter campaigns never would have hit their goals, and new IP, revitalized brands or new interactive entertainment experiences never would have come to fruition without it. Titles like FTL, Wasteland 2 or Pillars of Eternity all benefited from positive media coverage, where-as games like Shadows of the Eternals never came to be thanks to hit-pieces on sites like Kotaku, which helped kill interest in the project and its crowd-funding campaign.

A lot of it boils down to a few very simple questions in regards to what the journalistic aim is for pieces that can build up dreams or shatter lives: what sort of effect will a potentially damaging article have on the subject that it discusses? Will it be for better or for worse? And what sort of outcome are people looking for?

48 thoughts on “Star Citizen’s Chris Roberts On #GamerGate: I Believe In Ethics In Journalism”