We knew that Slain! was in development for home consoles and PC, but you probably didn’t know that the game was also in development for the PlayStation Vita, too. The first test shots have surfaced in the public domain and gamers are even more excited than ever for the Gothic, hack-and-slash platformer.

While Konami will likely not soon return to making good Castlevania games, Wolf Brew Games is stepping in with their gorgeously animated and hand-drawn side-scroller, Slain!. The Vita Lounge posted the first set of test images of the game running on the PS Vita, which you can check out below. 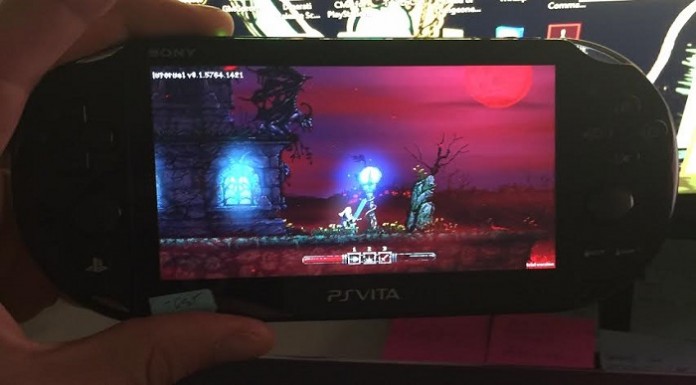 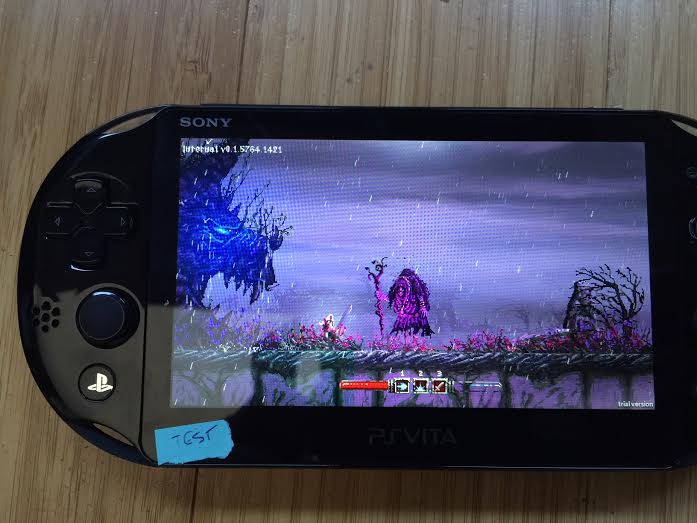 Those are just there to give PS Vita owners a reason to keep a napkin nearby to wipe the drool from their face and the stains from their chair.

The real meat and potatoes is actually located on developer Andrew Gilmour’s Twitter feed. The guy has been posting up load-bursting gifs of Slain! for a while now, and some of them are just off the charts. Check out this fantastic post below.

The light reflections from the window and the background imagery meld together so well. Add in the flying witch creature and it looks like there’s a serious story to be told from that scene alone.

But wait, there’s more… Gilmour posted up another image showing off the rain droplet effects, how they interact with the parallax backgrounds and the foregrounds, as well as their interaction with the characters. It’s difficult to put into words just how gruesomely fantastic the artwork is.

Going to do a bit of a Game/Art dev stream. To start in a bit. https://t.co/dvISS5cx9U #gamedev #indiedev #unity3d pic.twitter.com/Nj2AZOnFYY

We get to see the fiery glow from an element sword in another post, as well as an alternate take on the weather effects. This time snow slowly pelts the ground, showing a nice contrast in the way the weather is handled in the title.

Based on the way the loose moss on the side of the house and the tree branches are reacting, you can see which way the wind is blowing, which is a cool effect.

Now this next one is easily one of my favorite. It shows the lead character, Bathoryn, standing on a ledge. A light mist from the waterfall in the background casually rises from the bottom of the screen. The torch on the side of the pillar on the far right emits an inviting orange glow; casting the light on the flower patch below.

What really stands out isn’t what’s readily apparent in the foreground but the imagery captured in the waterfall in the background. Instead of just having water waves and ripples pouring down off the cliff, the water itself contains images of skulls. Check it out below.

That’s some wicked stuff right there.

I can’t wait to play the game when it’s finally finished. It looks like a mix of Chakan, The Witcher and Heavy Metal.

You can keep an eye on the game by paying a visit to the official Wolf Brew Games website. Slain! is due for release sometime in the first quarter of 2016.