Overkill Software announced the new Crimefest Event for Payday 2. The update introduces microtransactions into the game, something that was supposedly never going to be implemented into the game. The gaming community became incensed at the inclusion of something that the company originally stated they weren’t going to include two years ago. To make matters worse is that the reasons why the microtransactions were included were enough to make the hardcore Payday audience furious.

Overkill Software producer Almir Listo recently partook in an AMA on Reddit [via Blues] to answer questions about the huge new update and the inclusion of the safes and drills, microtransaction mechanics where players can either pay to earn items from the cash shop through the safes or attempt to manually earn the drills and safes in the game by playing. Gamers have seen this inclusion as gambling; Overkill sees this as a new revenue stream and an optional gameplay mechanic.

The most pressing issue with the community is that they believe the microtransactions create an imbalance in the game, where those who pay for better gear make it difficult for players who don’t to advance in the game at a comfortable rate. According to Listo, he responded in a lengthy post, stating…

“At the time, there were games that were released with in-game microtransaction systems at launch; players were asked to pay for the full game, and then continue to spend money directly after the initial purchase. At the time, PAYDAY 2 featured a relatively advanced weapon modifications system where players for in-game money could buy, sell and modify weapons, masks and modifications.”

“To make sure there was no confusion, we said what we did to make things absolutely clear. If you asked me then, there would be no way we would’ve added a system like we just did.”

The most common question becomes: then why did you add a system that many people were displeased with two years ago when it was featured in other $60 AAA titles and they still despise microtransactions to this day in premium priced games? 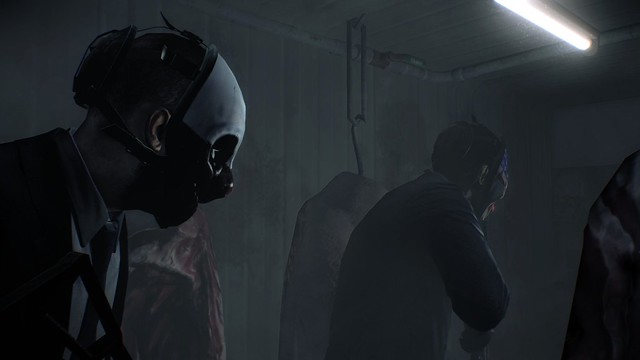 Well, Listo explains that Overkill Software has tripled in size with the number of employees they have on staff, going from 25 to 75 employees. Due to this increase they needed to pay the staff and the price drops and Steam sales were supposedly not enough, despite the game having 36 premium DLC packs.

Listo takes a jab at the gaming media for how they’ve portrayed the inclusion of microtransactions in Payday 2, stating…

“Fast forward to today, two and a half years later, and the addition of the Black Market update. There’s been a lot of articles written by a lot of people claiming a lot of things about us, our intentions and the effect this has on the community as a whole and the future of PAYDAY 2.”

“I think the problem here really is people in positions of power in media and elsewhere making uninformed, clickbait articles about things that matter a lot to a lot of people, instead of doing some serious legwork to get their facts straight.”

He gives an example of some comments from a hack gaming journalist who misrepresented Payday 2 as a PvP game and not a PvE game. I think Listo will find few gamers who will argue against him on the sorry state that is gaming journalism. Maybe he should check out Kotaku In Action for issues with both gaming media and mainstream media?

But digressing from that point, it doesn’t really explain why Overkill went back on their word about not including microtransactions, other than that they needed additional revenue sources.

But does the revenue argument hold up?

“They’re expanding, developing 8 more games (The hunt, payday mobile, storm, TWD, Geminose, John Wick, Dead by daylight, RAID) , investing in new technologies (some kind of cloud thingimajig is mentioned, and of course the VR headset) and still making a profit and their biggest single source of money is payday.

“So no, it’s not at all possible they need more money in order to continue developing payday, they’re already supporting payday and then some.”

Starbreeze, the parent company of Overkill Software, is publicly traded. In regards to financial data, Payday 2 brought in 71.1 million SEK in the fourth quarter alone, according to Starbreeze’s own interim report. 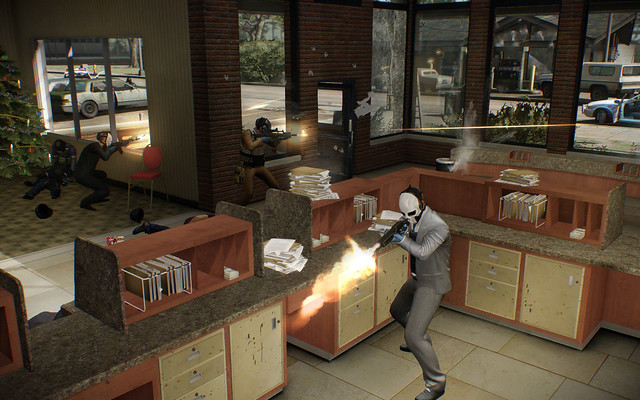 According to GamesIndustry.biz Payday 2‘s SEK translates into $8.4 million in USD net sales. They also note in the article that total revenue for the past fiscal year was $27.4 million. They actually did come out with a net profit of $4 million, after operating costs are taken into consideration.

So technically, the company is still profiting quite well even before implementing the microtransactions in Payday 2, and the DLC helped the game make close to $10 million in the final quarter of their last fiscal year.

Nevertheless, Listo claims that this wasn’t enough and they needed something “fresh” and “exciting”…

“We do sales when we can where we reduce the price point up to 75% in order to pay people’s wages and create a buffer for a rainy day. Six months ago, we also made a bold move to permanently reduce the price point of 16 PAYDAY 2 products by 33-43% in the hopes of drawing additional sales.
“Needless to say, we didn’t see the result we anticipated, and have had to think of other ways to make sure we can continue creating content in the pace we want in order to keep PAYDAY 2 fresh and exciting.”

Reddit user Dor_Min was not pleased with the way Listo has handled the situation, stating…

“[…] you overstretched and to make up for it you had to squeeze your fans for money. I can’t speak for everyone, but I’m sure many of us would prefer fewer updates if it meant not being treated like walking wallets. I’m content with the rate at which content has been made so far in the game’s life, and if Starbreeze’s press releases are anything to go by, you’re not struggling to fund that level of production.”

Users also asked about the free content in the Crimefest event and why it wasn’t free but paid microtransactions. According to Listo, he stated…

“This is why we didn’t want to discuss this with anyone – not even the press or media, who were very keen to get “the first scoop”. We thought – and still think – that this is a great addition to the game. We have a system that everyone can participate in, where players can earn actual money while playing PAYDAY 2. If you don’t want to purchase anything, that’s completely fine, as you can just sell what you get and continue focusing on the core experience of PAYDAY 2. Meanwhile, the added funds allow us to continue making the game better and better all the time.” 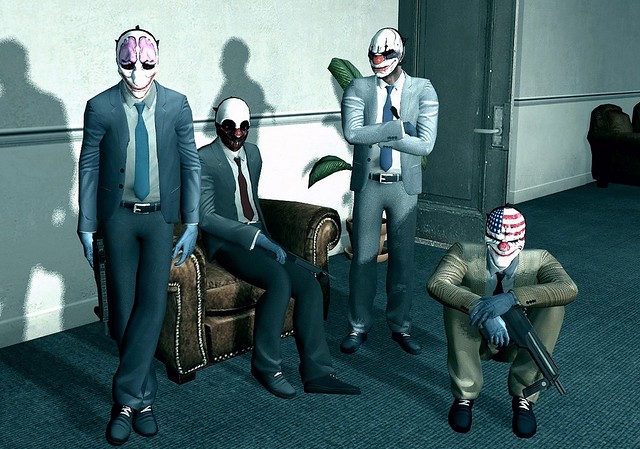 Many users were quick to point out that that didn’t really answer the question as to why the content that was supposed to be free… isn’t free.

Listo did admit that part of the community shutting down some fan sites and modders closing up shop were on their part for not better communicating with them, but that did little to assuage the anger in the community. Part of the problem is that once you kill off your community you don’t really come back from it. And in the case of Payday 2, losing the modding community, some fan-sites and the hardcore veterans will hurt not only Overkill’s reputation but the longevity of Payday 2 in the long run.

Nevertheless, Listo stood by the decision over Overkill Software’s implementation of microtransactions, stating that the silent majority are showing that they don’t mind spending money on the cash shop items…

“We understand that there is a lot of fury, anger and disappointment with us adding this. From an economical standpoint however, completely based on statistics, we can already see that the Black Market update is working as we intended. Going forward, we hope we can convince the parts of the community that resist this change that this was the right decision to do to ensure the stability of OVERKILL as an independent developer and the future growth of PAYDAY 2.”

This could play a really negative role in the future of Overkill’s Payday 2 content and their other projects. It’s hard to live this kind of reputation down, especially when most people will recall that they originally said they weren’t implementing microtransactions.

We’ve seen in cases like Romero’s Aftermath and Battlefield Hardline that repeatedly taking a dump on your target audience and developing a bad reputation will gravely affect how people view your future content.