Codemaster’s cooperative hack-and-slash RPG, Overlord: Fellowship of Evil isn’t the most loved game on home consoles and PC. In fact, it’s not very loved at all. Still, some gamers are actually interested in how to better equip their Netherghūls, how to upgrade their skills and how to beat some of the bosses.

The game isn’t very well liked, but for those looking for a walkthrough one is available from YouTuber TaeKungZ. The walkthrough covers the complete game from start to finish in just 14 videos. It’s not a very long game at all but if you’re looking for a six to eight hour hack-and-slash romp, Overlord provides that in spades. You can check out the complete playlist below.

The first half hour is mostly teaching gamers how to play the game and utilize the hack-and-slash controls while also controlling the little minions that can either work as body guards or as attack units.

Unlike other games where players are the good guy fighting the forces of evil, players don the role of evil, fighting against humans and elves alike to diminish their reign of goodness on the world. The minions can be used to carry out different tasks in the game. Brown minions can be used to access gates that restrict the Netherguls from passing through, while Blue minions can be used to heal the player characters. Red minions are good for fighting off enemies when directed to attack them… working as long range bombers. Greens will attack enemies on command before fading away. 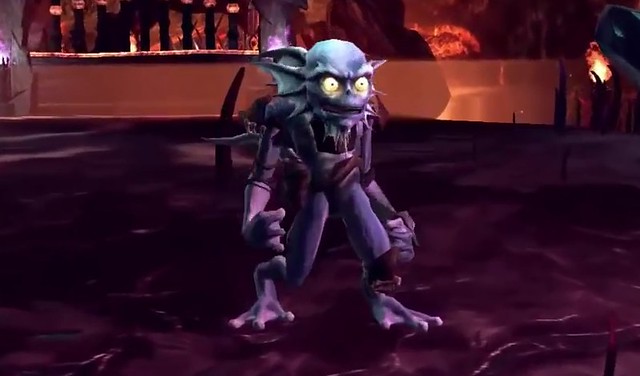 The walkthrough carries through the game’s main campaign, showcasing how to defeat each of the bosses in each level. You can use the strategies in the video to formulate a strategy but most times it just boils down to hacking and slashing enemies and chipping away at their health bar until they die.

Speaking of the boss fights, there’s actually a complete boss battle video, showcasing each of the boss fights and how to take them down and deal with their minions. You can see it below. It’s an hour long so you may have to take some time to see all of it.

Given that the minions are no longer controlled like an RTS game it definitely strips away from some of the strategy involved with the game. A lot of it boils down to being a standard hack-and-slash type. Still, if you needed help in developing the minions, battling the bosses or finding certain quest items, hopefully the video guide above helped out.

You can learn more about Overlord if you don’t already own the game by paying a visit to the official website. The game is currently available for the Xbox One, PS4 and PC.