Media Molecule really tipped the industry on its head with their seamless creation suite in the LittleBigPlanet series. Gamers went from simply interacting and engaging with games, to being able to create and play their creations on the fly. Well, Media Molecule is taking things a step further – actually it’s more like a leap further. They’re completely leaving behind the sackcloth limitations of LittleBigPlanet and embracing the limitless boundaries of Dreams.

During this year’s Paris Games Week in Paris, France, Sony held a press conference where they revealed a ton of new media assets for upcoming games as well as set the foundation for brand new games. One of the games receiving new assets is Media Molecule’s Dreams. I’ll admit that I didn’t understand a lick of what they were trying to pitch at E3 this year, but they cleaned things up and showcased a far less esoteric venture and a far more rigid idea of what creative possibilities lie within Dreams.

DreamsPS4 the new PS4 exclusive showed more on what to expect in one of the biggest games in history! New Gameplay from Paris Games Week 2015. Share the experience with friends in the upcoming Beta. Stay updated with Dreams from Media Molecule here at PlayStation4Dreams. Website: https://www.playstation4dreams.com Twitter: https://twitter.com/PS4Dreams Facebook: https://www.facebook.com/PlayStation-4-Dreams-450353941793017/ SoundCloud: https://soundcloud.com/playstationdreams Join the community and share your creations!

The first few minutes nearly lost me and had me bored to tears, but after they started demonstrating more of what you could do in the game, it became apparent what sort of massive game creation possibilities are afforded to players in this artsy little project.

Essentially Media Molecule is laying down a foundation of easy to use tools and they’re letting players create emergent ways to engage with those tools. It’s brilliant, really. It reminds me a lot of what Minecraft started out as and how players eventually took hold of it and created their own idealized vision of how the game should be played. I almost can’t wait to see what gamers come up with using the assets available in Media Molecule’s upcoming title.

There’s a lot of potential with Dreams and I truly hope that it doesn’t get stuck in the rut that Project Spark did, which had a great concept but they just couldn’t seem to execute a user-friendly way to get great content out of it. 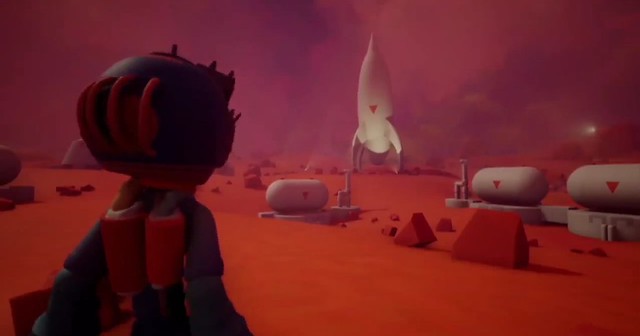 I like the idea that some of the dreams in Dreams can just be animated machinima; other times it might be a playable sequence. You could just make a still picture — or as showcased in the collage at the end, a series of interactive, multiplayer games.

The possibilities with this thing has started to blow my mind. I didn’t get it at first but after seeing what they were able to put together in the demo at the Paris Games Week I was thoroughly impressed.

If you want to learn more about this project feel free to pay a visit to the game’s official website.