Square Enix’s World of Final Fantasy made an appearance at this year’s Tokyo Game Show, showing off more of the toy-like graphics and a lot of familiar faces, including bosses like Bahamut and heroines like Lightning.

The trailer isn’t very long and does what it needs to do in order to get the point across while also hyping up gamers for the upcoming throwback RPG.

The game follows two new characters Reynn and Lynn as they travel through a portal to the world of Final Fantasy. The press release states…

“Players will lead a pair of twins through varied FINAL FANTASY worlds and encounter the adorably familiar monsters therein. Capture and raise such familiar beasts as cactuar, chocobo, and behemoth to discover alternate forms and learn new abilities.”

You can check out the trailer below to get a glimpse of how the game is shaping up so far.

See the latest trailer for WORLD OF FINAL FANTASY™ as shown during the Sony Conference from Tokyo Games Show 2015. The trailer follows the journey of siblings, Reynn and Lann, as they enter the world of Grymoire and encounter a multitude of familiar FINAL FANTASY® characters and monsters.

The chibi art-style is more like super-chibi, but at the same time the high-end resolution and die-cast style depiction of the monsters and characters almost makes it appear as if gamers are going through some sort of theme park attraction. Maybe that’s the whole point?

Gameplay isn’t something we get to see too much of, but hopefully Square pays as much attention to it as they did the whole chibi effect. As the press release notes, you will be able to battle and capture enemies and unlock new powers and abilities for Lynn and Reynn as they uncover their past and discover their true role in Final Fantasy‘s world of Grymoire. 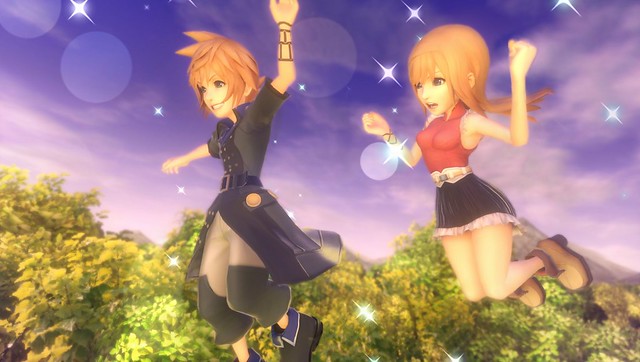 Much to the surprise of PlayStation Vita fans, the game will be arriving on the seemingly dead handheld along with a version for the PlayStation 4 some time in 2016. No official release date has been set nor has a rating but those will likely come either by the end of this year or early next year. For more info on the game feel free to visit the official website.