NVYVE Studios recently announced that their indie game P.A.M.E.L.A. has landed on Steam Greenlight. It’s a gorgeous game running on the Unity 5 game engine and puts players in a beautiful science-fiction utopia taken over by a horrific, zombifying disease.

The game comes across a lot like an Isaac Asimov story meets Surrogates meets BioShock. The game’s teaser trailer contains enough gameplay and a look at the game world to give gamers an idea of what to expect from the title and you can see it in action below,

as noted by Cog Connected, the developers contracted the venerable Jeff van Dyck who worked as an audio director on Creative Assembly’s well-reviewed horror-survival title Alien: Isolation. His theme song for the “Rebirth” trailer above is absolutely gripping. Hopefully they keep that song as the main theme used throughout the game, similar to the Fallout theme or the Halo theme.

One thing worth bringing up with P.A.M.E.L.A. different from other titles is that you can fight back. It’s been a trend lately in one too many horror-survival games where you can’t defend yourself for some strange reason. 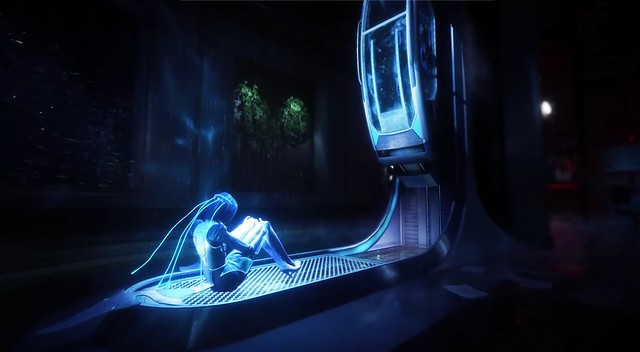 I know it makes sense from the perspective of inducing fear and anxiety but it just makes little to no sense when it comes to giving players choice. You will be able to wield various weapons, scavenge for supplies and build advanced tech to go on the offense as well as defend yourself from the crazy residents of Eden.

As the “Sleeper”, it’s up to the player-character to venture around Eden and discover what really happened. The AI P.A.M.E.L.A., will be a companion along the way, helping fight, unlock secrets and access hidden areas in the game. It reminds me a lot of BioShock: Infinite and Elizabeth.

This first-person title is set for release in 2016 and the devs are playing around with the concept of adding co-op to the title.

You can learn more about the game or give it an upvote or two by paying a visit to the official Steam Greenlight page.