If you haven’t played Metal Gear Solid V: The Phantom Pain and you don’t want the game spoiled for you, you should really stop reading beyond this point. Like, right here… just end it. Don’t even bother reading the next word because it might contain a spoiler – it’ll just pop out at ya! So really, just put the tab in your favorites or keep it open for a rainy day because fans are angry about the missing ending in Metal Gear Solid V: The Phantom Pain, and the real ending is chock full of spoilers.

…The first issue is obviously that Quiet doesn’t come back as a buddy if you complete the story missions as intended. This sent the “feels” meme posting through the roof. I’m sure there are some statistics somewhere showing imageboards being filled to the brim with “feels” and the Quiet story arc ending.

The second issue is that the actual ending for the game is supposed to be the mission “The Phantom” or episode 51 “Kingdom of the Flies”. The mission, however, is not in the game because Konami was cutting the budget for The Phantom Pain and Kojima didn’t have time or resources to implement the game’s real ending.

There’s a lengthy 18 minute behind-the-scenes video that was included on a bonus Blu-ray disc that came with the collector’s edition of the game, which GamingBolt picked up from YouTuber Inzaa. You can check it out below.

This video comes from the bonus content blu ray disc, found in the PS4 collector’s edition. At this point we don’t know if it was really planned to be in the game, if it’s a rejected idea.

As the video points out, the real ending is there: a showdown with Metal Gear Sahelanthropus and resolution involving the lingual plague. We also get to see the seeds planted that turn Eli into Liquid Snake and how Psycho Mantis joins Liquid’s reignited Fox Hounds after Big Boss bites the dust to Solid Snake.

One of the other big things that the missing episode/missions contain that many gamers complained about with the original release of Metal Gear Solid V: The Phantom Pain is a boss fight with Metal Gear. It’s a tradition in the series for Boss/Solid to fight Metal Gear at some point in the big finale. Not having this mission in the game and not having a conclusive finale to the story involving Big Boss, Liquid, Psycho Mantis and the Sahelanthropus angle left many gamers claiming that in spite of the 10/10 gameplay, the whole story is a cop out.

There are some considering a petition to ask Konami to release the ending as premium DLC, ala Asura’s Wrath. However, some gamers not wearing fanboy goggles decided to be a bit more reasonable about the situation, with LLYDizzle writing…

“But I can’t justify to myself giving money to a company that deliberately cut out an ending just to re-package it and sell if as additional DLC. That’s the worst thing a gaming company can do IMO and a slap in the face to MGS fans everywhere.” 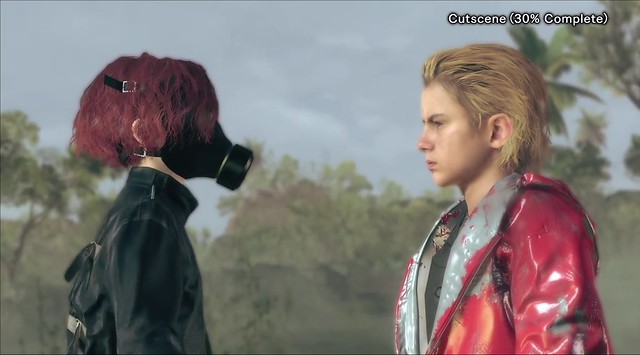 Others are a bit more skeptical about jumping on the Konami-hate train, which has taken off from the station and is chugging along like the justified #GamerGate hate for Kotaku. At this junction, Konami needs to tread very carefully with how they approach the resolution of this situation. It determines whether or not they stay Anakin or turn into Darth Vader… more accurately: Konami can either join the dark side with EA and Ubisoft or the light side with Valve and CD Projekt Red.

User FearsOldDesk is going to wait it out and hopes for some sort of official statement before buying a one-way ticket to Ragesville, writing…

“Honestly even if they released it as dlc I’d be content. But knowing konami, they’re gonna release it with a price tag of 40-60 dollars, which I’d be reluctant to pay. The ideal situation would be an update later with the cut content added. I just wish we could get an official statement, keeping everyone in the dark just fuels the flames.”

Some of the complaints about the missing ending see sympathizers saying that gamers shouldn’t be so hostile toward Konami and that movies and music and all sorts of media have missing content all the time. It is true that there are tons of deleted scenes from movies and such. Of course, it’s rare that like an entire ending sequence is missing. Could you imagine if the entire Harvey Dent bit at the end of The Dark Knight wasn’t in there? It would literally defeat the entire purpose of the movie’s title.

JonathanL72 sums it up by saying…

“They cut Key story content, the last mission, Boss Battle & Final Ending. Which now cut leaves the actual ending of the game lacking major story points of the game. The people here aren’t complaining becuase of a random Cutscene or a missing weapon or some little thing like that, they’re complaining about the ending of the game being cut which added a lot to the overall story.”

Whether or not Konami will address the missing ending and amend it remains to be seen, but they were not happy that they had already dumped $80 million into Metal Gear Solid V: The Phantom Pain. Although realistically they should have gone on ahead and given Kojima $100 million to complete the game as intended. It would have been a very, very fitting swan song for his exit from Konami and his departure from nearly 30 years of the Metal Gear franchise.

As it stands, a lot of fans are left very disappointed that the game’s intended ending did not make it into the final cut of The Phantom Pain. A slightly more bitter than sweet ending for Kojima’s farewell run at Konami.