More than half an hour of Metal Gear Online footage was revealed during this year’s Tokyo Game Show in Tokyo Japan. The footage covers a wide swath of features in the game, ranging from the close quarters combat to the gadgets to the customization to the game modes to the music selections offered in the game.

This iteration of Metal Gear Online is based on the new Fox Engine that powered Metal Gear Solid V: The Phantom Pain for the Xbox 360, Xbox One, PS3, PC and PS4. Konami decided to revive the multiplayer focused version of the game after the original closed down years ago.

The video was posted up over on Metal Gear Informer. The game gameplay doesn’t actually get underway until around the 13 minute mark. You can check it out below.

There are several game modes available in Metal Gear Online but the video only reveals the Bounty Hunter and Cloak and Dagger modes.

Bounty Hunter is a standard team deathmatch mode, where the team with the most kills wins. You can tell how has the most bounties using an indicator located above the heads of players. Cloak and Dagger is a lot more Metal Gear oriented, as it plays out like capture the flag, with each team having to capture data and get it back to their base. This mode is a lot more challenging because each player only gets one life, so they have to rely more on stealth and teamwork.

The maps they cover in the video are the Gray Rampart, Jade Forest and the Black Site. Gray Rampart and Black Site are more standard militarized stages while the Jade Forest is an outdoor jungle map with rocky mountains to hide between and scale. 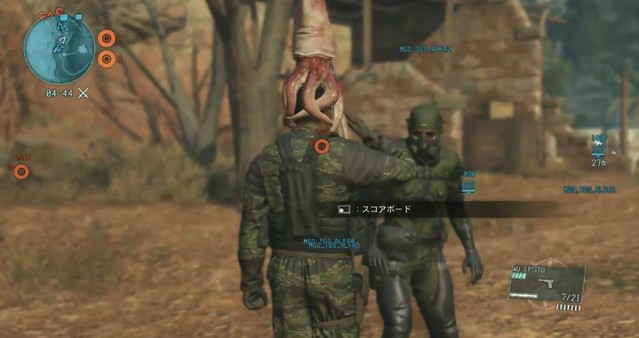 The game allows for up to 16 players to go head-to-head, with eight players on each team.

Players can outfit and customize their character with a number of different costumes, weapons and items. It’s possible to go into a match equipped with with up to two primary weapons, two secondary weapons, three support weapons and three items. Support weapons are items such as grenades or stun items, where-as items contain things like the cardboard box, decoys or items you can use to distract opponents, like the kittens and puppies. 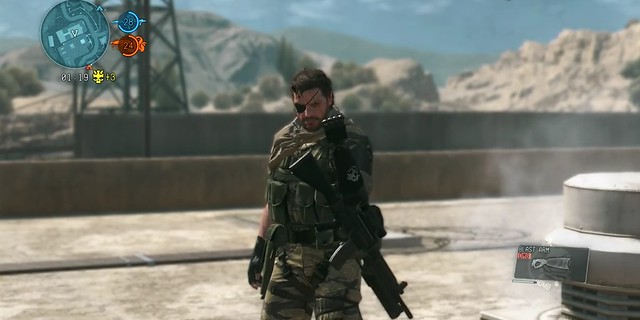 Certain specialty characters get special items that they can use during a match, such as Revolver Ocelot getting his twin revolvers and the ability to ricochet bullets around the arena. Venom Snake also gets his rocket punch that he can use to disable opponents.

Before starting a match it’s possible to modify things like the stage and even the background music that will play during the round. In the video they use the original Metal Gear Solid 1 music to play in the background. 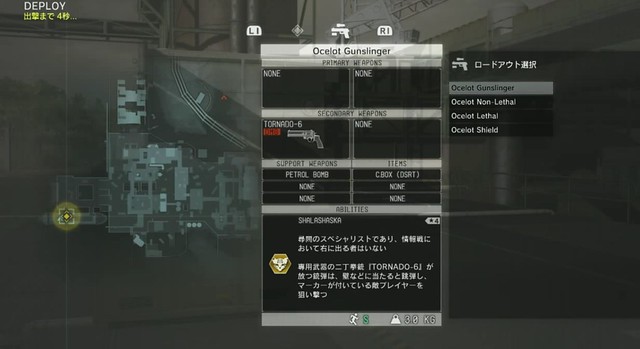 You can use many of the gadgets from Metal Gear Solid V: The Phantom Pain, including the cardboard box, octo-cam, the D-Walker and a number of other gadgets, including stun grenades, knives, guns and even cats that can distract enemies.

CQC is also present in the Metal Gear Online mode, where you can hit opponents, grab opponents from behind and beat them up if they’re hiding in boxes. After grabbing an opponent you can knock them down and drag them around or perform a knife attack and kill them. Players who get grabbed can attempt to escape using the analog stick and the triangle or ‘Y’ button.

You can gain more points for the team by knocking out or incapacitating an opponent and then Fultoning them out of the arena. 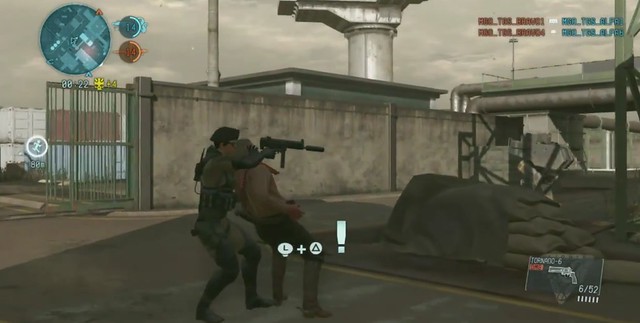 Metal Gear Online definitely has a lot of potential and the modes so far look like they could be a lot of fun. It would be interesting if they could find some way to get a free roam event mode in the game, similar to GTA Online but maybe that’s one of the other modes that they didn’t show off.

In a video posted up by GamesHQMedia there’s a few more details mentioned about the game, as it covers an entire match and some of the other nuances of the gameplay, such as teammate links and how to utilize the environment to take down opponents. You can check it out below.

Metal Gear Online and FOB Online will go live on October 6th for the Xbox 360, PS3, Xbox One and PS4.