Digixart Entertainment, headed up by former Ubisoft designer Yoan Fanise, has announced that a new story-driven, music-rhythm game is on the way and it’s inspired by the fantastic art and storytelling from legendary filmmakers Akira Kurosawa and Hayao Miyazaki. It also features an eclectic soundtrack of music put together by musical artist Wyclef Jean.

Lost In Harmony was announced during this year’s Tokyo Game Show in Tokyo, Japan, where creative director Yoan Fanise revealed the game’s official website and the beautifully composed debut trailer that you can check out below.

In the press release Fanise states…

“The idea of Lost in Harmony came from my past experience of blending music into storytelling. Magic happens when you see how, without any word, without any language form, you can provoke feelings into a multicultural audience by playing the right melody.”

“I was frustrated not to find a musical game that brought this level of emotion, with characters you care about, with a story you want to follow, it was more or less always about rhythmic tapping, about squares and circles. By marrying my storytelling experience and the talent of world class composers, there is a chance that this game will touch people’s hearts.”

I can’t disagree with Fanise; the music-rhythm genre has been overlapped with derivative games of nearly vapid entertainment values. There are a few gems out there worth highlighting, though, such as Beatbuddy: Legend of the Guardians, the racing game Thumper or the really nifty hipster title Loud On Planet X. 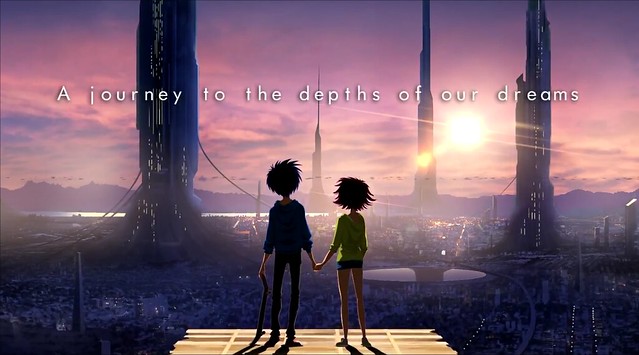 In this case, Fanise and Jean want to bring together multiple music genres to work as a canvas to tell a heartbreaking story about a boy named Kaito and a girl who rides on his back while he skateboards named Aya.

Wyclef Jean commented about his collaboration with Fanise on the game, Lost in Harmony, stating…

“To bring music to Kaito’s fantasy world was thrilling. ” […] ”I wanted to write music that captured a moment in his journey that was both mystical and brave, and that could emotionally inspire the multi-national world that is video gaming and that Kaito lives in. And how cool do music for a game that uses music to communicate!”

I loved the debut trailer, I liked where it was going, I think despite the mobile-esque qualities of the art and gameplay that it has a lot of potential and I would love to see where Fanise and the crew at Digixart Entertainment take the game.

You can look for Lost in Harmony to launch in 2016 for unspecified devices. I would wager PC, iOS and Android but I’m sure details will arrive soon.

If you like what Digixart Entertainment is doing and you want to see more, feel free to pay a visit to the game’s official website.