Whoa, what a name. Square Enix announced recently that Kingdom Hearts HD 2.8 Final Chapter Prologue will be coming to the PlayStation 4. Development has supposedly just begun on the new entry so don’t expect to see it launching anytime soon.

The announcement trailer for Kingdom Hearts HD 2.8 Final Chapter Prologue will go live on September 17th, tomorrow. The trailer will be available over on the Kingdom Hearts YouTube channel.

“Series protagonists Sora and Riku take on the Mark of Mastery exam in preparation for coming threats. The signature action of the KINGDOM HEARTS series has evolved, allowing players to experience faster-paced battles and exploration at a blistering pace.”

Can I just say that we’ve entered full-on unintentional parody zone. I mean, we have a remastered version of a game that was the remake of a game… are they serious? 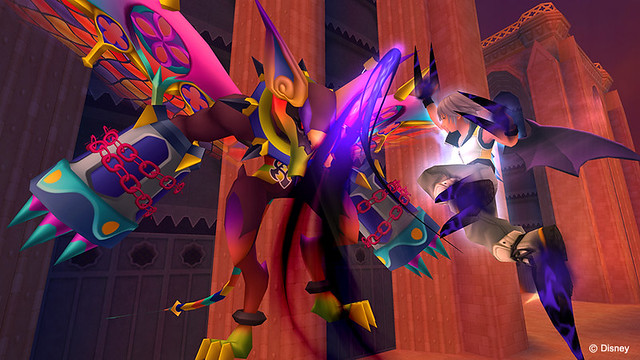 The whole thing has kind of become a bit silly with these ridiculous subtitles that are long enough to be novels.

Anyway, the remastered editions of the game are likely to help boost appeal and remind gamers about the story and what’s going on when it comes time for Square Enix to finally release Kingdom Hearts III, which will likely either be a late 2016 or 2017 release.

Again, you can keep an eye out on the YouTube page for the official announcement trailer, which will go live on September 17th.