The newest trailer for the upcoming Japanese release of JoJo’s Bizarre Adventure: Eyes of Heaven focuses on the game’s multiplayer and battle royals where tag-teams will take on each other, using their normal moves and their Stands to do battle.

Gematsu spotted the latest trailer from the Tokyo Game Show where Bandai Namco Entertainment dropped the latest promo to get enthusiasts and JoJo fans hyped. You can check out the trailer below.

The trailer goes through each of the playable characters and factions in the game, where we get to see them doing battle in various 3D locations where players can move around freely in a 3D battle space. The game has the old Ehrgeiz or Naruto Shippuden: Ultimate Ninja Warrior design scheme where the battles can take place within specific environments but players are free to move around to change the tide of the battle in their favor as opposed to being locked in the side-scrolling view like some other fighting titles.

We also get to see how the normal and special moves are handled in the game, with players capable of dishing out mean damage with fists, feet and even guns. This also applies to the new tag-team mechanic where two-on-two fights take place in the wacky world of JoJo’s Bizarre Adventure. 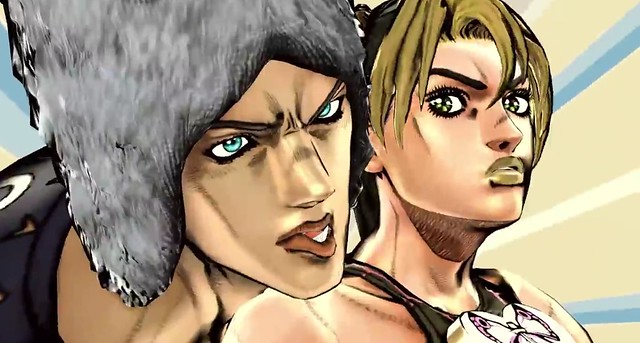 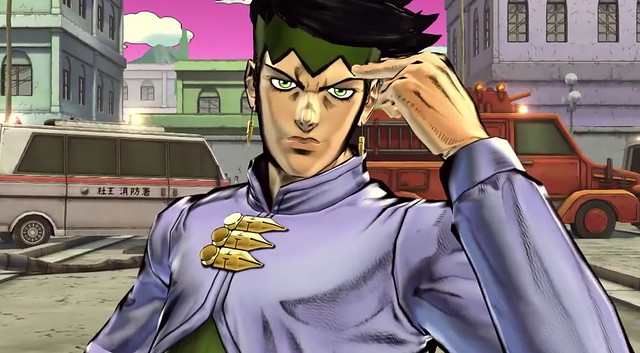 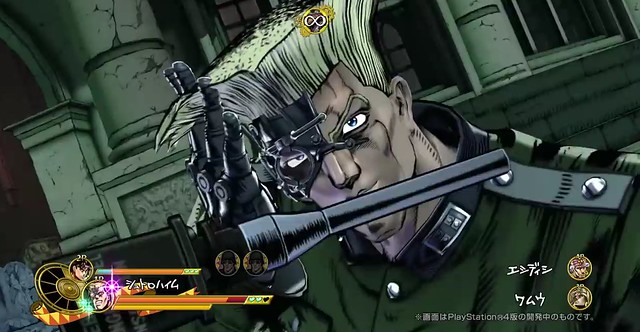 That fake-guile looks pretty awesome with the monocle over his cyborg eye. That makes no sense whatsoever but it works.

While the game will be on both the PS3 and PS4 starting December 17th in Japan, the images above are purely from the PS4 rendition of the game. The shaders used to bring the game to life are really striking and they do a good job of keeping the art-style close to the comic. This is definitely the route that SNK Playmore should have taken with King of Fighters XIV.