Final Fantasy XV has a completely open world that lets you control Noctis’ four seater car. You can drive around the game world in it and kick up a good time with him and his buddies. The vehicle has two modes of operation: manual and automatic.

In the automatic mode the AI will drive to a player selected destination. Along the way players can stop the car, get out and look around or manually walk to their destination. Alternatively, the manual driving option can be selected and players can actually do the driving on their own terms. Vehicle maintenance and fuel are things players will have to keep in mind throughout their travels when moving from one destination to the next. You can check it out in the video below from Square’s YouTube channel.

The shimmering blue sea unfolds along this scenic coastal route-but no road is without a bump or two. Driving the car in FINAL FANTASY XV can occur either manually or automatically; take the wheel and steer clear of trouble yourself, or let the digital chauffeur see you to your destination in safety and style.

The next video details how how Chocobo riding is handled as well as the fishing mini-game.

It was mentioned in a previous video that you could rent Chocobos and ride them around. You can also jump and power-slide with them, giving indication that there may be Chocobo racing at some point.

The ecosystem and wildlife in the game are also on display, as players get to see some wild animals rummaging together as a herd across the road and into the valley below. The Chocobo gameplay isn’t anything special and they stay firmly within a confined space while doing their business. You can check it out below.

In gameplay footage revealed at TGS 2015, Noctis and his crew explore a new area on the backs of chocobos, showing off some of the ways the classic series mount can move in FINAL FANTASY XV. The party then dismounts and heads to a pier for some fishing, a new mini-game players can explore.

During the start of TGS 2015 Square Enix had mentioned that they would be releasing a new video to highlight the gameplay of Final Fantasy XV and they held fast and firm to their word. We finally get to see the first footage of the fishing mini-game, which sees players throwing bait into the water and attempting to wrangle in a wild fish using timed button prompts to bring it in successfully.

It requires fast reflexes and quick timing to do it right the first time around. 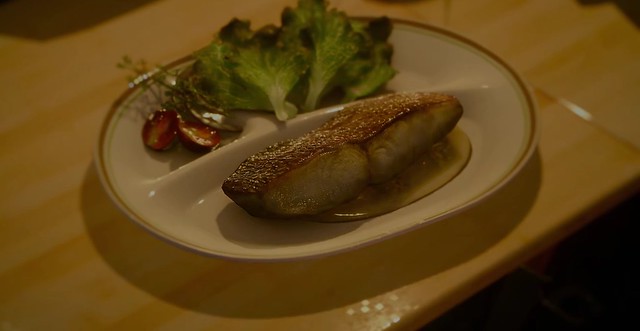 If you successfully nab a fish you can prepare it, cook it and eat it with the rest of the team. You get a glimpse of that near the end of the video. It fits in with the camping and survival mechanics of the game.

Square Enix has plans on revealing the final release date for Final Fantasy XV in March of 2016. The game will officially launch sometime later in 2016 for the Xbox One and PS4.