The polls all showed that she was one of the most requested characters to make a return in Street Fighter. Across the globe the forum boards, chat logs and instant message services are filled to the brim with positivity and auspicious fawning over her. The YouTube comment sections and FGC hangouts clamor to say her name, vainly hoping that the words linger through the air and reach the lobes of Capcom’s ears. Well, the cries, the shouts, the messages and polls have been seen and heard: Karin is coming back to Street Fighter.

In a lengthy blog post over on the official PlayStation Blog, they announced that Karin, a popular character who first and last appeared in one of my all-time favorite games Street Fighter Alpha 3, will be making a return to Street Fighter V on PC and PS4. Capcom community manager Peter Rosas introduced her with a devastating new trailer that shows her lightning quick and articulately pristine martial arts skills in action. Check it out below.

I’m sure the imageboards with their “my waifu!” comments are going crazy over the news, and the FGC can finally rest easy knowing that their shouting carried over from their arm chair bunkers and into the executive suites of Capcom’s offices.

Fan-gushing aside, Karin actually has some legitimately technical skills on display. In fact, her new V-dash makes her a deadly threat to anyone who doesn’t have any quick-counter neutrals. I imagine she’ll also be a perfect foil in the tournament scene for those who main Ryu and Ken (but mainly Ryu) because she doesn’t need to rely on a jump kick to get in tight and close the gap. Instead she can just dash in and unleash any number of devastating neutral attacks. 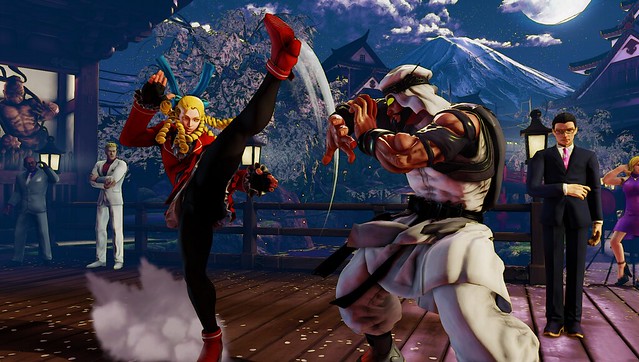 Her V-Trigger and V-Skills look a-okay. They’re nothing too special but the way she can counter zoning by getting in close and the way she can unleash some very smooth neutral combos without getting too flashy or setting herself up for any kind of obvious punishable attacks will make her a real force to be reckoned with.

I wasn’t never really big on Karin but various people I used to play against seemed to love her. She wasn’t really top tier but she could be fun to watch. This newest iteration of the character seems very well rounded, and while she appears to lack any definitive anti-air moves that can be pulled out as quick as a dragon uppercut, she seems to make up for it with a strong ground and neutral game. 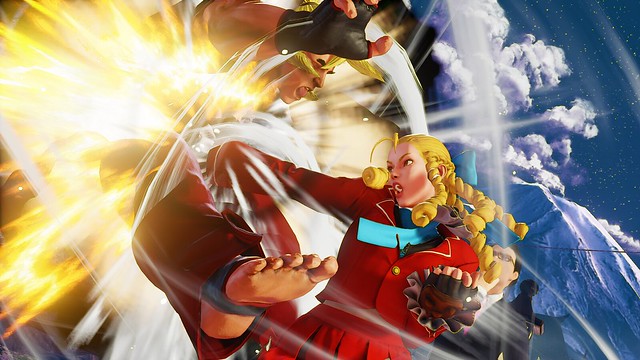 Many of the comments on the YouTube and blog page compare her to Xiaoyu and Lily from Tekken. The similarities are definitely there but I would have to say that this new version of Karin has a fighting style that’s a lot cleaner and a lot sharper than her Tekken counterparts.

If you were lucky enough to be in attendance at this year’s Tokyo Game Show you can get your hands on Karin with the playable build of Street Fighter V. Alternatively for those who pre-ordered the game the beta has been taking place to give gamers an idea of how the online play will function.

Capcom also announced the Capcom Fighters Network, which will be an FGC-centric hub so gamers can find bouts easily, watch replays and get embedded further into the community than ever before. Some of the features will include:

Street Fighter V is due for release in 2016 for the PC and PS4. Additional beta tests are inbound for the game later this year. Need more info? Be sure to hit up the official website.