One of the new games out for PS4, Xbox One and PC is the tower defense title Toy Soldiers War Chest from Signal Studios and Krome Studios. There are walkthroughs up and available for the game following its digital release, offering hints, tips and guided playthroughs for each level in the game.

The basic concept of the game is that you have to defend your toy box from enemy invaders. You can select various spots around the map where you can build turret defenses to attack enemy forces.

The game has an RTS design to it but you can also manually take control of units on the field. You can also upgrade your units by clicking on it and using the menu to make selections. You can also control ground units just like in Star Wars: Battlefront.

Some units have special abilities using the secondary weapon feature. You can see the game in action with the complete gameplay walkthrough below from CGM, which goes all the way up to the final stage and offers the necessary tactics required to beat the game.

As you play through each map and earn money by defeating enemies, you can upgrade your defenses or build new ones.

For players with fast reflexes it’s easier to take control of the units where-as players who are better at micromanaging their forces can play the game as a real-time strategy title.

The video series above gives you an idea of how to approach each mission and how to complete each stage using the available units. 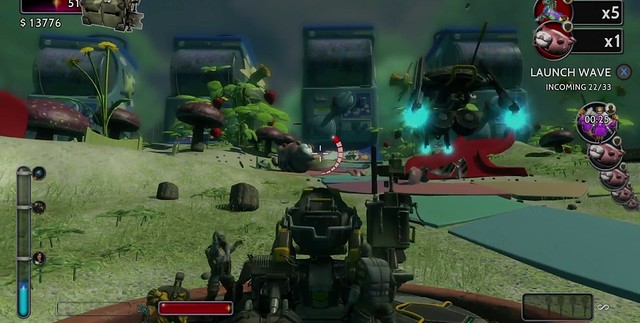 On PC the game has encountered quite a bit of negativity due to the way Ubisoft approached handling the DLC for the game – lots of day-one DLC and a 30fps lock means that The Framerate Police will be on duty.

User Buckwell offers a forewarning to PC players, writing in the review “DO NOT BUY”…

1. Will Not Start In Full Screen
2. Will Not Start With Crossfire On
3. Day 1 DLC
4. In Game Coins/DLC
5. Havent Finished First Game Protected By Early Acess Stamp
6. Worst One Of All…………………… UPLAY (Didnt buy on steam to use uplay)

If you already made the jump and purchased the game, hopefully the walkthrough above will help you with any of the missions where you might find yourself getting stuck or where the enemy units are invading at a seemingly unstoppable pace. However, for everyone else you can wait for some patches, wait for some modders to unlock the DLC or just keep an eye out on the game by visiting the official website to see if the title will be PC-friendly at some point. Otherwise, Toy Soldiers: War Chest is also available digitally for the Xbox One and PS4.