Toby: The Secret Mine Puts Graphics And Gameplay Front And Center

A lot of games have trouble balancing visuals and gameplay. We see it often in AAA titles like The Order: 1886 or Everybody’s Gone To The Rapture, where some of these games either have really cool art-styles or really cool gameplay. It’s rare that we get both together where style and substance share equal footing – though admittedly, Nintendo seems to be able to nail both regularly. Well, Lukas Navratil wants to follow in the footsteps of Playdead Studios and capture both the visual splendor of a game like Limbo but with the depth and complexity of a fully fleshed out platforming game.

Recently a new screenshot was posted up of the upcoming Toby: The Secret Mine showing off one of the many different environments players will traverse through in their journey to search for the cause of why the people in Toby’s village are turning up missing. You can check out the screenshot below, which was recently posted on the Facebook page for the game. 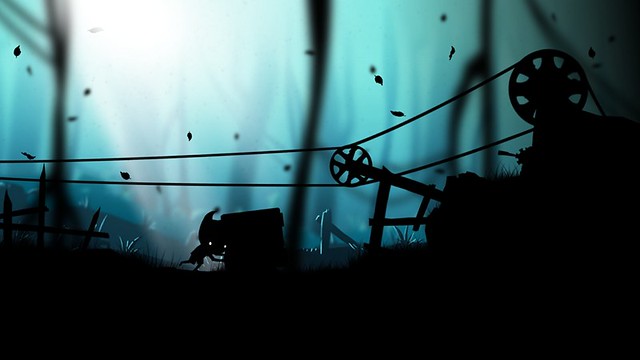 I recently came across the game when Bare Knuckle dev did a feature on the game alongside Hyper Light Drifter, which recently received another awesome gameplay trailer that’s well worth checking out if you haven’t already.

Toby features the same kind of the deeply contrasting color-palette that Playdead presented in Limbo so many years ago. Players will have to dodge traps, time their jumps and avoid getting killed by the numerous obstacles that stand in the way of progressing through the game. You can get an idea of what the game is like with the trailer below.

There’s definitely plenty of shared similarities between Toby and Limbo, sort of like there’s a lot of shared similarities between media and corruption. The big difference of course is that unlike major media, people actually like Limbo. Likewise, if Toby captures the same sort of intrigue and gameplay emergence as Playdead’s indie puzzle-platformer then it’s all butterflies and lollipops for Lukas Navratil.

Toby: The Secret Mine is due for release this fall for PC and later in the year for iOS. You can keep track of the game by hitting up the official website.