Devil’s Third isn’t due for release in North America until December 11th at the end of the year but it already has some walkthroughs available right now for those who have access to the game’s Japanese release.

The reviews for the game are all pretty terrible, trashing the game left and right, but if you go in expecting a hardcore, non-stop, B-movie action shooter with some neat hack-and-slash elements then that’s exactly what you’ll get. The game has cheesy dialogue and a story that’s pretty much like if the SyFy channel decided make their own interpretation of Metal Gear Solid.

Anyway, YouTuber XCageGame has an awesome HD walkthrough of the game from start to finish. It also covers all the boss fights, so you will know how to beat each boss in the game. You can check out the walkthrough below.

Many of the boss fights are mimics of Metal Gear Solid bosses, but ultimately you just dodge their attacks and whittle down their life until they die. 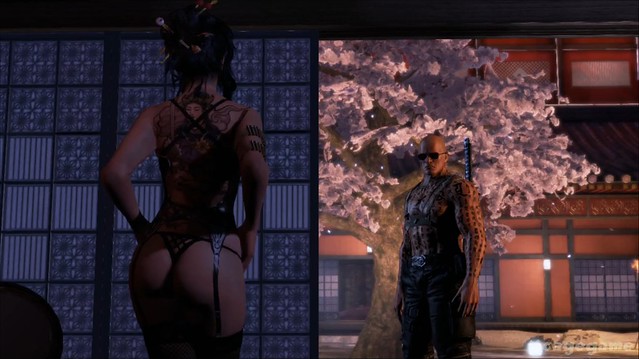 For Sovershennyy the boss doesn’t have a whole lot of life but he can be tricky since he’s flying around and shooting a gatling rocket launcher at you. Use the rocket launcher to take him down. In between firing off his salvos he pauses briefly before quickly dodging left or right.

The final boss, Isaac Kumano, you won’t be able to hurt him in the first part of the fight. Just keep attacking him until Ivan eventually removes his glasses and he activates his special abilities. After that you’ll be able to do damage to Kumano.

This game has all the makings of being a really cool franchise, but given the terrible review scores it’s unlikely that this game will get a sequel.

Devil’s Third is due for release on the Wii U in North America at the end of the year.