EVO 2015 is currently underway. At the moment the Super Smash Bros, Tekken 7, Ultra Street Fighter IV, Persona 4 Arena Ultimax and Guilty Gear Xrd SIGN preliminaries are taking place. As the weekend wears on the pools will dwindle and the best of the best will rise to the occasion to become the EVO series 2015 champion.

If you want to see the action take place you can do so right here. There are several streams available for your viewing pleasure, giving you a look at the rankings as they filter down to the best of the best.

You can check out all the streams below.

Unfortunately, there are a ton of games that won’t be live-streamed. As noted on the official Twitch patch, there are only going to be certain games that make the stream cut. A lot of gamers were frustrated because many of the games won’t be aired until it gets down to the finals.

However, there is the first stream above, which is dedicated to Ultra Street Fighter IV’s pools, while the second and third stream will be covering the Super Smash Bros pools.

At the end of the day there will also be a brief look at the Persona 4 pools, but only very, very briefly.

Majority of the streams will focus on Super Smash Bros and Ultra Street Fighter IV for Friday. You’ll get to see Mortal Kombat X, Guilty Gear Xrd SIGN and Tekken 7 throughout Saturday. You can see the complete schedule for the EVO championship series below. 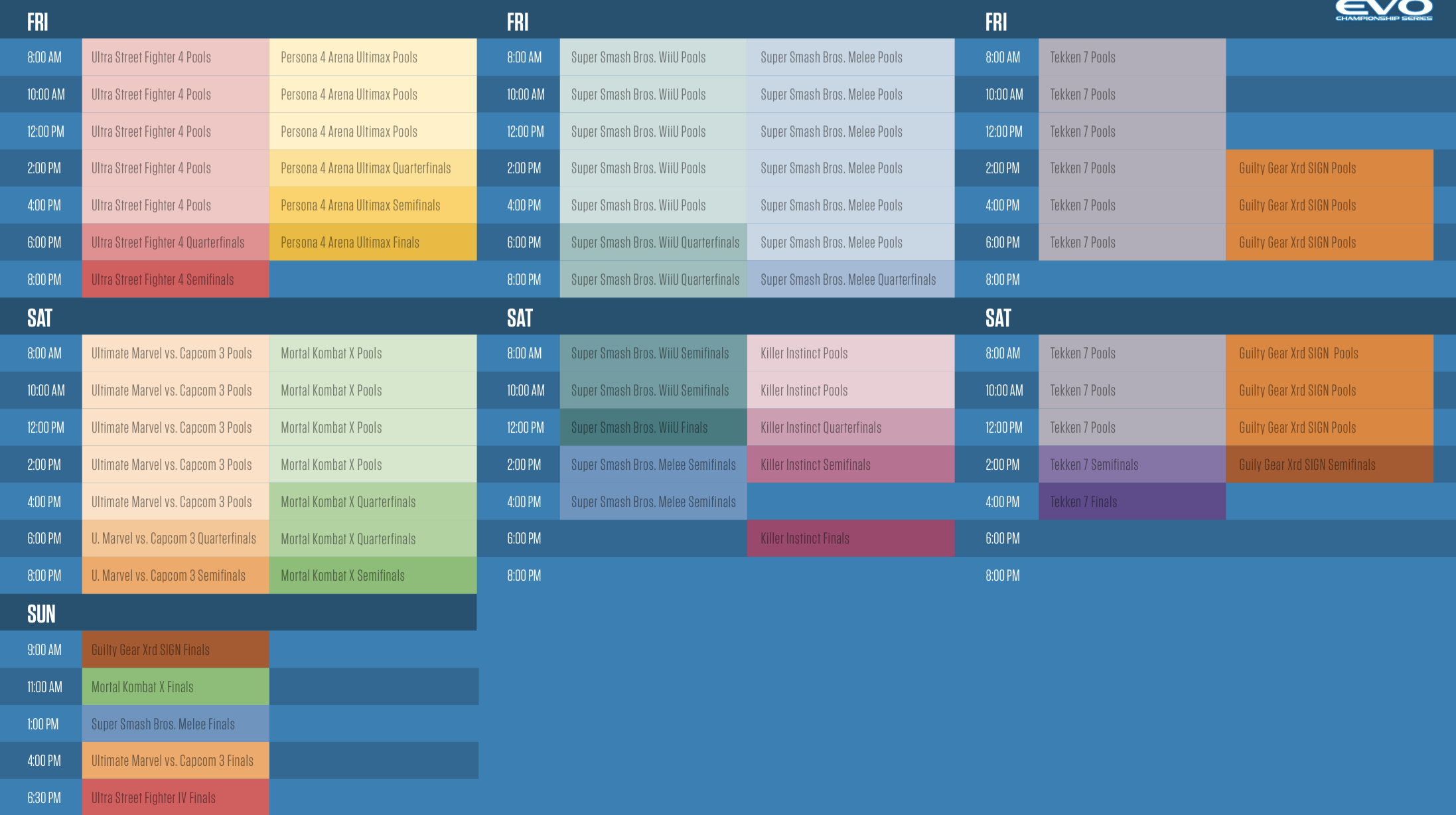 EVO usually doesn’t kick it into high gear until the final day, which is usually where the big fighting game companies unveil a new game or reveal some new feature for a highly anticipated upcoming title. Hopefully Namco will roll out an official release date for Tekken 7 and we’re likely to expect to see some of Street Fighter V in action at some point. It wouldn’t be EVO without Yoshinori Ono letting slip something new from the Capcom production line.

You can learn more about this year’s EVO by hitting up the official website.