The Framerate Police is a new curator on Steam that has quickly gained a lot of attention – both negative and positive – but at the end of the day it’s simply a community tool used to help consumers gauge what the frame-rate is for a PC game.

The group hasn’t been received entirely with open arms and kindness by all developers. However, in one case – after a rather nasty kerfuffle with the community – a studio decided that instead of blocking The Framerate Police, they would accede by listing their 30fps hard-lock as a feature for the game.

For a little context, Youtuber TotalBiscuit recently started the curator group known as The Framerate Police as a way to help PC gamers learn about the frame-rates for PC games since Valve removed the tags to label games as 30fps or 60fps (or higher).

Some games have unlocked FPS, this means that you can turn the frame-rate limiter off and it will run as fast as your computer can handle it.

Other games have soft-locks, this means that the game is set to run at 30fps but it can potentially run higher. There may not be any options in the menu to modify the frame-rate but there might be an ini file or a cfg file to modify the frame-rate settings manually and either unlock the frame-rate or boost it up to 60fps (or higher). A good example of this is Dead Rising 3, which released on PC with a 30fps soft-lock; but the devs mentioned that gamers could – at their own risk – bump it up to 60fps by tweaking the ini files. You can see the difference in how Dead Rising 3 runs with the 30fps compared to the unlocked 60fps with a video comparison below courtesy of Digital Foundry.

Subscribe for more console and PC tech analysis: https://www.youtube.com/subscription_center?add_user=DigitalFoundry Go here to learn how to run Dead Rising 3 on PC at frame-rates above 30fps: https://www.eurogamer.net/articles/digitalfoundry-2014-how-to-unlock-pc-dead-rising-3-30fps-cap

Hard-locking is where the game is set to run at a set number of frames per second, no matter what. Usually this entails locking the game’s simulation time with the engine run-time. Other times it might mean that the game’s FPS is locked to the CPU cycles. This means that there are no options in the game or through basic config files outside of the game to raise or lower the frame-rate. Sometimes modders will make third-party tools/files to brute-force a game to run at 60fps. Sometimes this results in the game logic breaking (like Need For Speed Rivals) while other times it results in the game performing better, such as Durante’s DSfix for Dark Souls.

Hard-locking, however, is seen as an impeding blockade for PC gamers, preventing them from enjoying the game the way they want, especially if they have the hardware to run a game above 30fps. For console games hard-locking is a safe way to ensure a smooth gameplay experience as well as guarantee that the performance of the game is steady and that it doesn’t become inconsistent or suffer from tearing or drops.

Not everyone has taken kindly to the group and some developers tried blocking the group. 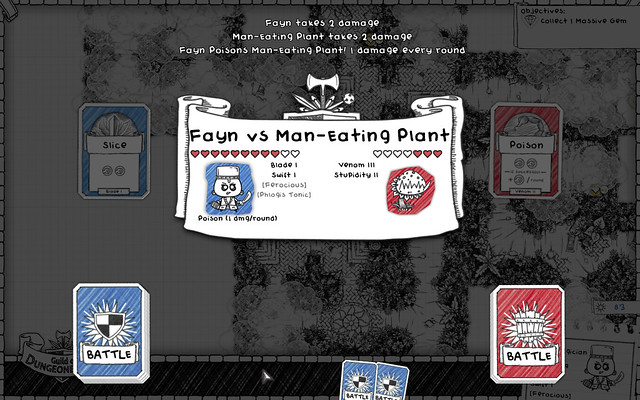 One developer, Gambrinous, originally blocked The Framerate Police from showing up on their store page, but when called out on it on their discussion page, they re-added it. Myll Erik mentioned to the community that…

“Removed it initially as Steam Curators are meant to recommend games – not just post the comment “Locked at 30 FPS”.

“However after being spammed/threatened/warned/etc – we added it back to our list of curators.”

Erik mentions that they just wanted to focus on working on their game Guild of Dungeoneering and didn’t want to get involved in the back and forth squabbles circulating the topic of 30fps.

Erik goes on to say…

“We’ve never tried to hide the fact that we are 30FPS, it’s just that Steam [Curators] are meant to Recommend games to users and the fact that the only Comment from that [particular] curator was “Locked at 30fps” didn’t seem very helpful especially when it largely doesn’t affect Guild of Dungeoneering.”

Some of the people argued that maybe they should consider upping it to 60fps, while others acknowledged that 30fps was fine but the purpose of The Framerate Police was to inform people that the game is hard-locked and not to name and shame them for it.

There have been some people on Twitter, Reddit and even on discussion threads where they mounted concerns about the group and have attempted to dissuade TotalBiscuit from running it. Yet at the end of the day, it’s about consumers being informed.

In fact, TotalBiscuit and many others mentioned that if Valve hadn’t removed the 30fps tag they wouldn’t need a curator group to point out the fact that some PC games are locked at 30fps. As far as developers blocking the curator group from showing up on their store page, TotalBiscuit mentioned in a forum thread…

There is nothing we can do about devs blocking the curator, except that it will show up anyway if you follow the curator (so you should do that)

“Really the issue to me is that it’s using up one of our curator spots. Only one of them is shown with the quote on our store page. So instead of a potential fan seeing “A charming little card drafting dungeon-themed game in dire need of a better options menu and faster animations, but worthwhile for the patient.” they might see “30fps lock.”.”

One thing worth keeping in mind is that “30fps lock” does not mean that the game is bad. Some have taken the creation of The Framerate Police as a negative connotation when in reality it’s simply about informing people.

I don’t mind games that are 30fps even if I prefer 60fps. It usually only affects my purchasing decisions when it’s for a console game that can’t maintain 30fps but dips down into the 15fps and 20fps territory. That’s just unacceptable and it can affect the control input latency and response timing of playing the game. Not all games, mind you.

Nevertheless, Larkin did acknowledge that they actually added the “30fps lock” to Guild of Dungeoneering‘s feature list on the store page, explaining…

“We actually put it into our game’s description. AND we’ve kept the curator. It’s just easier than dealing with trolls piling into our forums and shouting mean stuff. “

If you check the game’s previous store page listing you’ll note that “30fps” wasn’t listed as a feature but now it is, so Larkin is being honest about listening to the feedback.

I also had reached out to Doug Lombardi from Valve to see if a possible middle-ground could be made with the return of frame-rate tags for games, but at the time of publishing this article Lombardi has not responded.

So far The Framerate Police has garnered some interesting feedback. And despite some detractors wanting to see it gone, if it causes more information to be made available so consumers can make informed purchases from Steam, then it’s a win for consumers at the end of the day.