Shadowrun: Hong Kong will launch on August 20th, 2015 for PC and Mac on popular distribution portals, including Steam, GOG and the Humble Store. The release date was made apparent and public on the Kickstarter page where Harebrained Schemes released a new video and some details on the crowd-funded expansion for Shadowrun.

The video is a short and sweet message from the team at Harebrained Schemes, informing gamers about when Shadowrun: Hong Kong will be available and on what platforms. Check it out below.

A thank you from the team, plus Shadowrun: Hong Kong news!

As I said… short and sweet.

Shadowrun came back onto the scene originally with Shadowrun Returns. The game was successfully Kickstarted back in 2012 and then released with the Dead Man’s Switch. I wasn’t entirely fond of that one but the follow-up expansion pack, Dragonfall, was righteous. It really tapped more into the cyber-punk nature of the lore that has persisted for so many years in fiction.

Shadowrun: Hong Kong appears to be an elevation on the concepts that the developers introduced in Dragonfall, and I imagine fans are rightly excited about the release of the title. 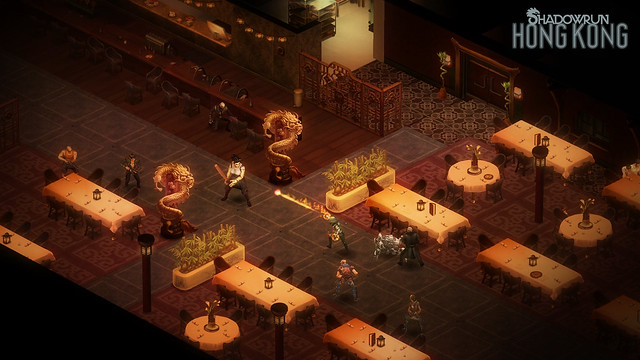 Part of the description of the new location states…

“Hong Kong contains fantastic elements for a new Shadowrun setting: an underworld of triads, tongs, and gangs to navigate, wild magic to harness, and bleeding edge cybertech to equip. Plus, Hong Kong’s culture is steeped in “guanxi” – a network of influence and relationships based upon a combination of social status, and prestige”

New moves, new weapons, new enemies and locations. Sounds like a perfect mix for a cyber-punk romp. The game will also contain Steam achievements and Workshop support (hopefully it’ll be more in-depth and robust than the Workshop support in previous games).

I enjoyed Dragonfall and I’ll likely grab Shadowrun: Hong Kong when it’s made available. You can keep track of the game by paying a visit to the official website or keeping an eye on the Steam store page.